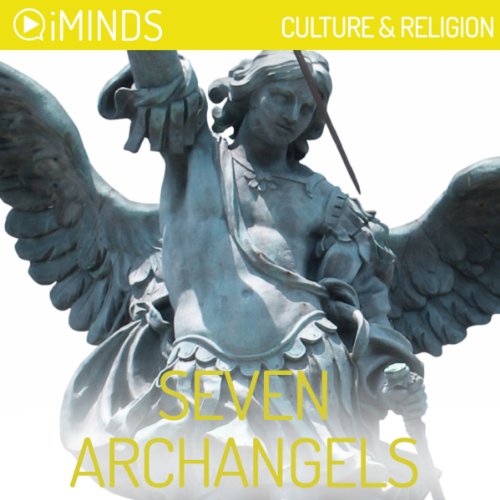 Learn about the Seven Archangels with iMinds insightful audio knowledge series.The history of angels rests predominantly in the Middle East. Other cultures had gods, goddesses, or faeries, but in the Middle East they worshiped angels as their gods. Once the idea of a single all powerful God evolved, however, it was necessary to create another space for angels. And so, they became known as mediators between the newly created all powerful God and his servants - humankind - on Earth. The concept of angels was particularly native to Jewish and Babylonian cultures.

The word angel comes from the Greek word for “messenger”. This definition is particularly fitting as angels are typically portrayed in religious texts as messengers from God. The Christian Bible, for example, refers to angels who stand before God’s throne in Heaven. These angels are considered to be His archangels. They are the leaders and the highest ranking among all the angels. Archangels are also God’s most active messengers to the human world.

What listeners say about Seven Archangels

I didn't notice that it was only 8 min long, but it was interesting.

historically and culturally descriptive. amazing how ancient and well known religions shaped the story of the angels. love the listing of the names of each angel and how each angel's hierarchy changed over the centuries.

Messengers and Protectors Sent by God

The audio short by iMinds is an excellent introduction to the Seven Archangels and the history and mission of all angels. I was surprised to learn that angels are a part of nearly all religions, not just Christianity. And in some religions, the angels themselves are worshipped. In Christianity, however, they are the messengers and protectors sent by the Lord to protect his people. One of the most well known is the angel who spoke to Mary and told her that she would become pregnant and bear a child, whom she would name Jesus. I highly recommend these short audios which give a brief overview of the subject, many times inspiring a deeper investigation into the subject by further reading. Great for adults and children alike.

I don’t think you can even really call this a book. It’s only eight minutes long and sounds like someone cut and paste a small Wikipedia article about archangels and had someone read it. I wouldn’t buy anything from this company if this is what they are putting out and calling them “books”

Too short! I wanted to hear more! the narrator has a lovely voice and the subject matter is of great interest to me.

I learned so much!

This book was awesome! I had a pretty good understanding and knowledge of Angels before listening to this book. I knew a lot of the information included, but, I learned just as much as I already knew! This book was direct knowledge, no fluff! It held my attention for the full 8 minutes!

I Wish it was longer. It had A LOT of really good information! I was really into it the it was over lol! Definitely worth the 8 minutes!!

Short but with the listen!

It contains a few facts that I did not know. It gives me a few topics that I need to do further research on.

I loved it! The best iMinds so far in my opinion. I thouroughly enjoyed it.