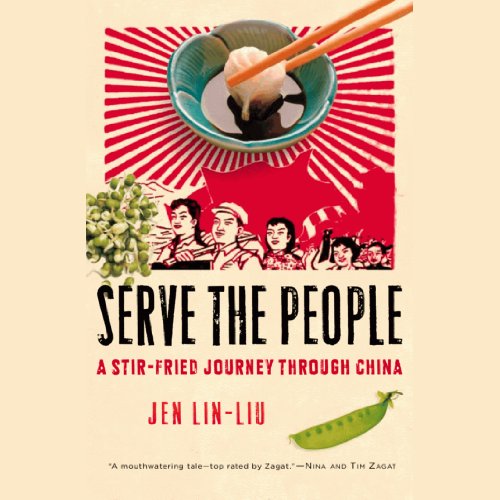 As a freelance journalist and food writer living in Beijing, Jen Lin-Liu already had a ringside seat for China’s exploding food scene. When she decided to enroll in a local cooking school—held in an unheated classroom with nary a measuring cup in sight—she jumped into the ring herself. In Serve the People, Lin-Liu gives a memorable and mouthwatering cook’s tour of today’s China as she progresses from cooking student to noodle-stall and dumpling-house apprentice to intern at a chic Shanghai restaurant. The characters she meets along the way include poor young men and women streaming in from the provinces in search of a “rice bowl” (living wage), a burgeoning urban middle class hungry for luxury after decades of turmoil and privation, and the mentors who take her in hand in the kitchen and beyond. Together they present an unforgettable slice of contemporary China in the full swing of social and economic transformation.

"Lin-Liu offers a thoroughgoing, spirited celebration of overcoming cultural barriers." (Publishers Weekly)
"Lin-Liu is a charming guide to modern China and its kaleidoscopic cuisine." (People)
"Serve the People is light fare, a delicately crafted steamed dumpling of a book. It's peppered with delicious descriptions, authentic recipes, humorous anecdotes and all the goodness of a young woman who finds her way in life, and even falls in love." (International Herald Tribune)