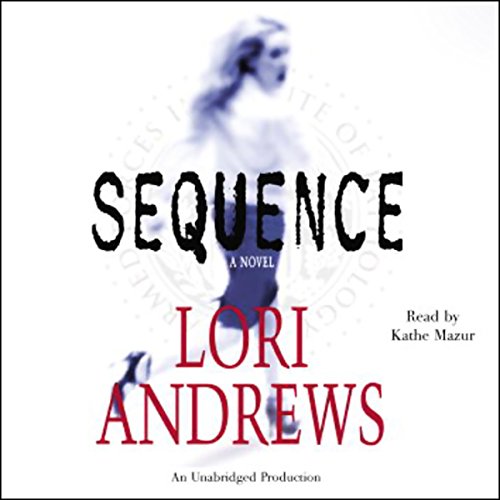 By: Lori B. Andrews
Narrated by: Kathe Mazur

Dr. Alexandra Blake has the job of a lifetime. As a cutting-edge geneticist at AFIP, the Armed Forces Institute of Pathology in Washington, D.C., Alex is charged with using her research into the genetics of viruses to find a vaccine against bioterrorism. The AFIP contains the pathology lab for the Department of Defense, manages the DOD blood bank, directs research like Alex's, and fosters the development of inventions to help the nation's armed forces. But the institute's new director, James Wiatt, wants to turn the AFIP into a mini FBI by directing its resources toward crime solving, an effort to rival the Bureau's forensic department. When a series of related murders falls under his jurisdiction, he gets his chance to prove the AFIP can compete with the Bureau.

Alex is forced to put her research on hold so she can cover forensics on the case, which involves a killer who murders women near military bases across the country and then tattoos their corpses. At first she resents being distracted from her lab work, but as she becomes immersed in the case, studying the forensic evidence, viewing the crime scenes, and piecing together the victims' last moments, Alex resolves to catch the killer. She knows it's only a matter of time before he leaves some evidence for Alex to trace back to him. But when another murder strikes closer to home for Alex and her colleagues, and her boyfriend, a congressman from Texas, it will take more than forensic science to keep them safe.

With its spellbinding mix of suspense, forensics, and romance, Lori Andrews's debut novel signals the arrival of a powerful new writer on the crime fiction shelf.

"The novel generates plenty of excitement and should be recommended to fans of forensic-based thrillers." (Booklist)

Thoughts of a nurse:

First, I use "books on tape" to nurture myself and I listen every bedtime and when I'm on the road. Sequence held my interest so well that I went without sleep on two occasions. The main character is imperfect, has relationship difficulties, she will probably never have children, but she does exercise. She is a doctor and considered brilliant, although she often misses the obvious. I found myself wondering if she would make it to the end of the book. The story line was fresh to me, even if the science wasn’t totally correct. The one thing I did not like was the gratuitous sex…I’m probably just a prude but, I have learned to fast-forward through her fun, sloppy, reckless encounters with the opposite sex. I am looking for to the next book by Lori B. Andrews.