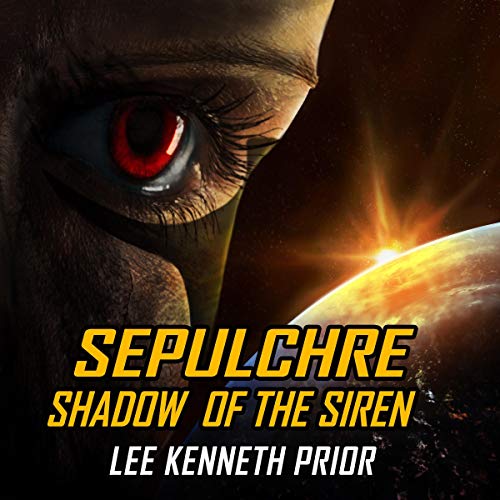 Sepulchre: Shadow of the Siren

By: Lee Kenneth Prior
Narrated by: Brian James Twiddy
Try for $0.00

Human history, recorded history that is, goes back at best 7,000 years. Beyond that, facts become myths and myths become legends, and what we know is lost in the ocean of that which we don't. Alistair Tate is about to discover just how true this is.

A flawed but brilliant mature student at St Andrews University, Al struggles to control his own demons just as he discovers an ancient one lurking at the very edge of our Solar System. Sepulchre has slept for 75,000, recovering from the almost mortal wound inflicted by Gabriel, the immortal warrior/weapon of Eden created to lead the genetically enhanced army of the Chorus against the Siren of the Stars.

Eden has been the beacon of Human civilization for thousands of years, and the empire encompasses the entire Sol system in a time of enlightenment and expansion. Freedom and self-determination drive them forward until they encounter life from beyond for the first time. "You are Lost" the words that Sepulchre uses to justify her endless quest to enslave those she encounters, using a pernicious virus to turn those she touches against their fellow men.

Gabriel and the the Chorus were designed to be immune to this virus and for that she has decreed they must die. Sepulchre: Shadow of The Siren, charts the journey of Alistair Tate and Gabriel as they discover each other and themselves whilst battling to save the people of Earth from the monster that has lain in wait for Aeons.

They travel across the world and through a forgotten history in search of The Crucible, Gabriel's hidden flagship of the fleet, and the only chance to free humankind from the shadow of the Siren. They will meet old friends and encounter dark enemies. They will discover things that will change them both and lead them to question the very nature of their existence and even go as far as asking if the Siren they seek to destroy is the embodiment of evil they assumed her to be.

What listeners say about Sepulchre: Shadow of the Siren