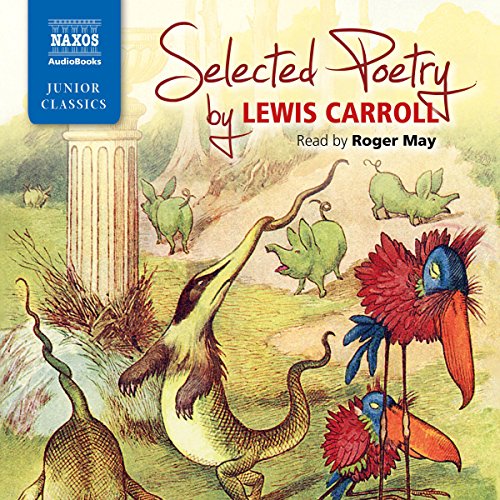 By: Lewis Carroll
Narrated by: Roger May
Try for $0.00

Featuring some of Lewis Carroll's most famous and best-loved poems - including "Jabberwocky" (1871) and "The Hunting of the Snark" (1876) as well as lesser-known gems such as "Brother and Sister" and "My Fairy" (1845) - this production wonderfully illustrates Carroll's fondness for impish satire, verbal wizardry, and pure imagination. The selection ranges from pieces written when Carroll was just 13 to his mature work and is read with great character and charm by Roger May. Includes the most popular poems by Carroll, including verses from Alice's Adventures in Wonderland, a book that has never been out of print and has been translated into at least 174 languages. Presented for the YA audience with attractive classical music, this production joins several poetry collections for younger listeners, including Classic Poems for Boys, Classic Poems for Girls, and Favourite Poems for Children.

What listeners say about Selected Poetry by Lewis Carroll