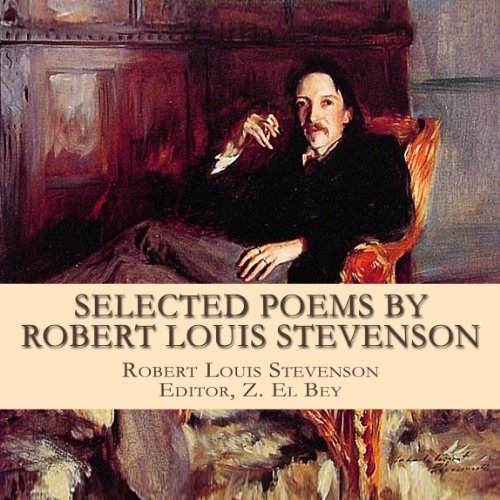 A literary celebrity during his lifetime, Stevenson now ranks among the 30 most translated authors in the world, just below Charles Dickens. He has been greatly admired by many authors, including Jorge Luis Borges, Ernest Hemingway, Rudyard Kipling, Marcel Schwob, Vladimir Nabokov, J. M. Barrie, and G. K. Chesterton, who said of him that he, "seemed to pick the right word up on the point of his pen, like a man playing spillikins."

A classic for the ages.

Would you listen to Selected Poems by Robert Louis Stevenson With Biography again? Why?

Yes but only after I have absorbed the material.The wisdom of this writer is timeless and the simplicity of his work does not diminish the impact of the lessons that can be learned in our so called more advanced society.

Have you listened to any of Kristina Fuller Yuen’s other performances before? How does this one compare?

No but she is a good narrator and did her best with the material she had to work with.

Lovely poems by RLS beautifully read by Kristina Fuller Yuen. Read with heart...perfect pace and timing. A lovely voice,
I also enjoyed the biography of RLS which was new and interesting information on the author and how he ultimately became an author.

I enjoyed listening to this collection of poems written by Robert Louis Stevenson. He had such a way with words.

The second part of the book is a short biography. I have to admit, this was the part that had really caught my eye. I love learning about influential and notable people from history and this biography did not disappoint.

Robert Louis Stevenson is best known for Treasure Island and Strange Case of Dr. Jekyll and Mr. Hyde, but he's an enjoyable poet too.

His poetry is fairly straight forward and easy to understand. While I am sure there is layers to it, most (if not all) can be read an understood without spending a tonne of time deciphering imagery and metaphor. Easy to listen to, follow and enjoy.

The biography at the end is short (about 20 minutes) but is a interesting, quick overview of the author. He is actually a very interesting person beyond his books.

Narrator Kristina Fuller Yuen does a good job with the narration. There isn't a huge amount to work with here, but she is clear well paced and easy to listen to.