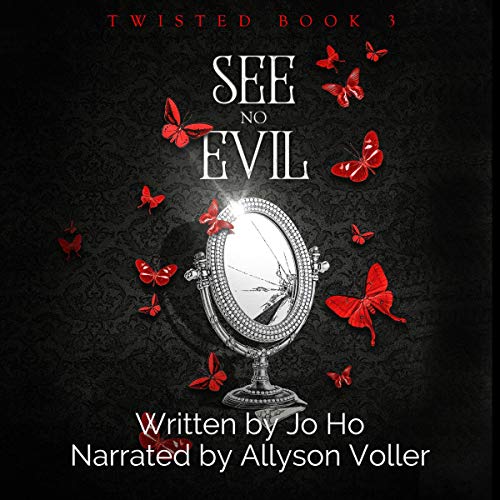 The end of the world is coming yet Marley doesn’t even know what she is much less what she can do.

With the First Seal broken, Marley and the girls finally learn what Michael is up to… and it isn’t good. Christian is more determined than ever that they put a stop to him but is avenging his mentor more important to him than the girls’ own lives?

Tyler finally starts her new job but gets quickly into trouble. Exhausted by everything she must do, she uses her power to secretly brew up her first potion. It’s just a little something to get her through the day, she’s positive it isn’t going to be a problem…

After Eve says some hurtful things, Cassie uses her powers to escape her own insecurities, but when a cute guy hits on her for the first time in her life, all bets are off.

While the others try to deal with their issues, Marley has some big problems of her own: specifically, the terrifying ghost that keeps coming after her until Marley decides to take drastic measures in a bid to drown out *all* of her unwanted visitors, a move which ends up leaving her in terrible danger.

All the while, Michael is making big moves towards his evil grand plan…

Saving the world has never been this twisted!

Fans of the Mortal Instruments, The Vampire Diaries, Supernatural, and Pretty Little Liars will love this thrilling new series!

Written like your favorite CW or Netflix show, expect thrills, heart-thumping romance as well as epic twists and turns that will keep you guessing!

What listeners say about See No Evil

This is continuing to be a great series. Very interesting and entertaining. Would love to see it become a television series. I received a free review copy of this audio book in exchange for an honest review.

These girls are Amazing and relatable with their strengths and weaknesses. You start to really get a feel for the different personalities and the struggles of each.

Summary:
Things continue to spiral out of control as Marley, Cassie, Eve, and Tyler struggle to maintain their normal lives while work to get control over their powers. Each girl have their own internal problems that are at odds with their new paranormal roles. Christian may be dead, but his role as teacher for his students make things even more complex. While this is going on, Michael manages to break the first seal and they have no idea how to stop him or close it. Evil abounds and will take advantage of the teams difficulties. Will they have the time they need to control their gifts and become a team before it is too late?

This is an incredible series pitting modern day women against age old evil with only Christian as their guide. The audiobook brings each character uniquely alive for the reader as the book unfolds.

Another awesome listen and great contintuation of the last two books. I enjoy the ongoing dilemma and struggle of the girls. The story of them figuring out each others powers, makes it interesting. I can't decide who my favorite character is. Please keep writing. I would love to see this in a weekly series on television.

I received this book for free at my request but the review is of my own. This book series keeps getting more and more intense. The girls are trying to keep balancing their normal lives with learning magic. Yet, the end of the world is getting closer now that a seal has been broken can they stop the others being broken too?

Written like a serial or more accurately like a television show, See No Evil is the third episode in the Twisted saga. In this episode our little group continues to try to come to terms with their new powers and the situation they find themselves in. While some of the book focuses on pushing the overall Twisted story forward, much of the book focuses on us getting to know the young ladies, each with their own personalities and issues. And as they get to know each other we find that there are definitely personality conflicts, which no doubt will impact how well they can work together. Great addition to the story.

If I could suggest one thing, especially in a series like this where each episode/book picks up where the previous one left off, I would love a brief recap of who everyone is and what has come before. If you are listening to them one after another you'll have no problem following, but if not it might take you a little bit to remember who and what has gone before. Sticking to the TV metaphor, a brief 'as previously seen on' optional intro would be great.

I see no evil just a good book.

Wow, I am so enjoying this series and I can see why the author thinks it will make such good tv series. The story is so captivating that after finishing one book you want to start the next one right away. The characters are so down to earth and likeable that you find yourself emphasising with them as they each face there own different troubles. Highly enjoying this series and definitely would recommend. Off to start the next book, oh you also really should listen to them in the right order as they carry on from the last book.
The four girls are each trying to get a handle on there powers with different degrees of success. Trying to survive a year at university is hard enough but when a demon keeps sending his minions to try to kill you it makes it near impossible to keep down a job, turn up for classes and learn how to control there powers. It is no wonder that cracks between the four girls are starting to appear and the appearance of one or two ghosts isn't helping.
The narrator is really good and I hope she sticks with the story as she does a good job bringing them to life even the dead ones.
I was given this free review copy audiobook at my request and have voluntarily left this review.

OMG the DRAMA is addictive.
I am loving listening to these stories.
Marley, Cassie, Eve & Tyler are still learning about themselves, their powers and how to use them.
Book 4 here I come.