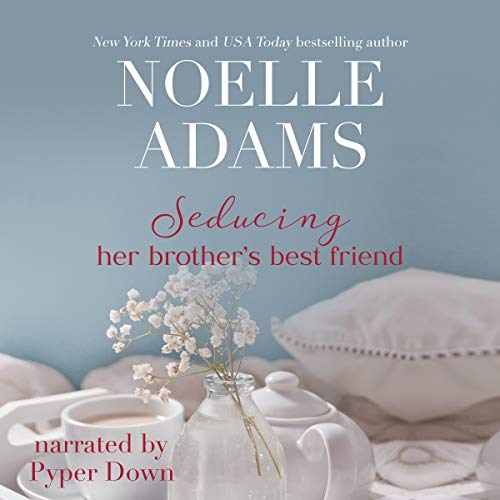 By: Noelle Adams
Narrated by: Pyper Down
Try for $0.00

After too many years being overlooked by men, Carol is ready to take action. She wants a man, and she knows which man she wants. Her brother’s best friend, Patrick Stevenson.

Patrick is funny and brainy and the sexiest man she’s ever known, but he has never looked at her as anything except his friend’s little sister. That’s going to change.

Carol isn’t good at flirting. Or seduction. Or anything that requires putting herself out there. But she’s going to make sure Patrick sees her as a desirable woman—and one he wants for more than one night—even if it turns her whole world upside down. He already likes her a lot. He just needs to open his eyes to how good they’d be together.

After all, how stubborn can he be?

What listeners say about Seducing Her Brother's Best Friend