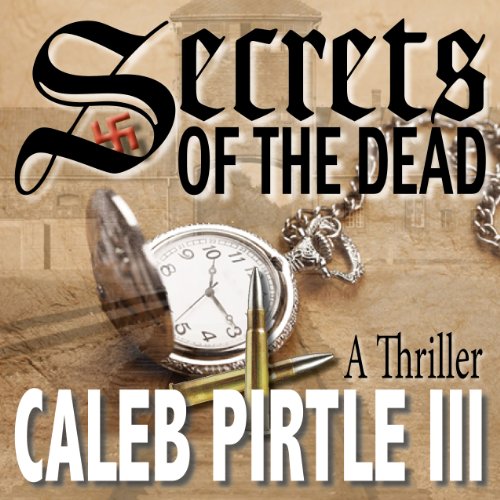 Secrets of the Dead

Ambrose Lincoln is one of the government's prized operatives, a trained assassin, a man whose past is continually erased by mind control tactics and shock treatments.

His days have no meaning. He no longer fears death. As far as he is concerned, a man without a memory is a man who's already dead. From Germany come rumors of a mad man threatening to rule Europe and maybe the world. On the Night of Broken Glass, his browns shirts and storm troopers move into Baden-Baden and begin their methodical termination of the Jews.

In America, so far away, the violence is nothing more than a protest over a Jewish boy who murdered a German diplomat because the Third Reich had removed and maybe killed his family. It was simply a case of vandalism that got out of hand. No one is concerned, and the American government wants to keep it that way. No one in Washington wants to go to war with Hitler, and President Roosevelt continues to preach neutrality.

But word is leaked that one Jewish photographer took pictures of the rampage of brutality and murder that night. He was killed, but his daughter is in hiding with the film. Ambrose Lincoln is dispatched to Baden-Baden with one charge. Find the film and bring it back. It will tell the truth. It will uncover the lies. The photographs will reveal to the world the sadistic threat that exists for everyone if Hitler's mad march isn't stopped. His mission is to uncover the deadly secrets that his own government doesn't want him to find, secrets that can change history.

What listeners say about Secrets of the Dead

Wow!! Much better than a movie!

If you could sum up Secrets of the Dead in three words, what would they be?

What was one of the most memorable moments of Secrets of the Dead?

There were many throughout the story and it is very unpredictable.

Have you listened to any of Stephen Woodfin’s other performances before? How does this one compare?

This is my first listen by Stephen Woodfin and he delivers the story with compassion.

I did not want to take a break from the story.

Ambrose Lincoln is a well oiled machine that is programmed to fix things. He relies heavily on his instincts as he is given yet another mission that will push him to his limits. He must find the woman in Germany with the tell-all film which her father used to take pictures of the German soldiers killing the Jews. Ambrose knows little about the assignment but is given clues throughout his journey. He must rely on his keen wit, unfailing instincts, and common sense he was born with.
Caleb Pirtle will surprise you at ever corner with his intellectual knowledge of history, and ability to weave a story through time that is unforgettable. Hitler’s reign in Germany is brought to life in Mr. Pirtle’s book and I wouldn’t be surprised if this story was actually true. The fact that this could have taken place is compelling and will leave you wanting more. Ambrose Lincoln completes his mission, but not without consequences. He is the lost hero, the forgotten soldier and in some peoples eyes, a lost soul.
While the story is dark and suspenseful, I must warn you, you will not be able to stop listening. I’m looking forward to another Ambrose Lincoln audible. A 007 agent in his time.