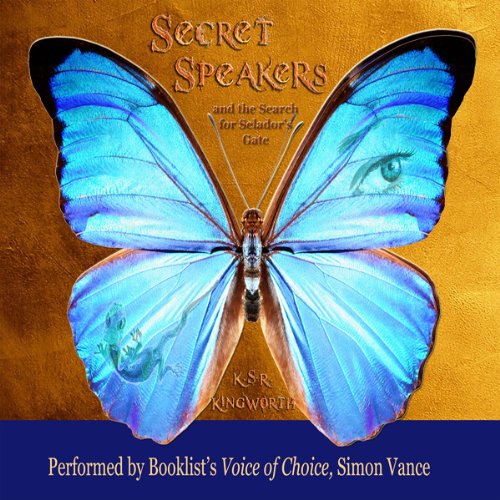 Secret Speakers and the Search for Selador's Gate

Secret Speakers and the Search for Selador's Gate

Fair O'Nelli is a normal girl, except for one small fact: she has spent the last nine years of her life living in a cellar with her loyal dog, studying the Scrolls of Truth by mysterious finger light, educated by her mother in the dark of night to avoid being discovered. She knows that her father and brother are missing, quite possibly, or dead. Fair is set free on the day she comes of age, when it's safe for her to be seen. Little does she know the gods are about to call her to bring a miracle to Cloven Grave.

In the company of three guardians, she encounters dangers and adventures as she follows the grassy path to find a stranger named Selador at an unknown place called Selador's Gate. Along the way, Fair discovers a deep, dark secret the parents of Cloven Grave, where the key to survival is learning to see things as they are, know nothing about.

I loved it. Loved it. Especially Simon Vance. He makes the story come alive