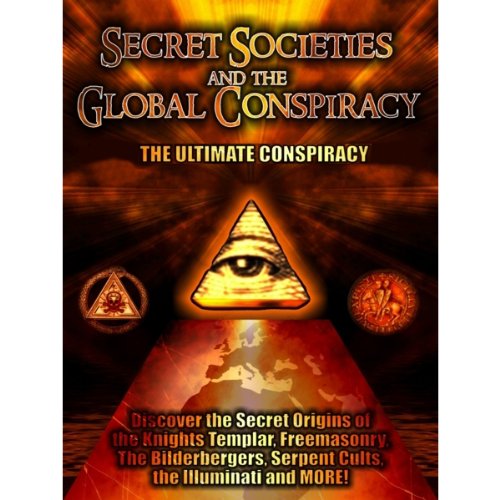 Secret Societies and the Global Conspiracy

Discover the secret origins of the Knights Templar, Freemasonry, The Bilderbergers, Serpent Cults, the Illuminati, and MORE! Philip Gardiner has spent his life on a crusade to uncover the truth behind myths, legends, and ancient mysteries. Gardiner’s quest is to uncover truths and secrets of history's most powerful men. The journey takes him to dark places that existed "then" and still exist today. He delves into a world that is hidden from our eyes and finds himself in situations that seem to mirror the fictional world of The Da Vinci Code. Also includes:

OVER THREE HOURS OF CONSPIRACY!

What listeners say about Secret Societies and the Global Conspiracy

Not a good read

I had high hopes for this book, but was very disappointed. The music intrusive and went on and on. After listening to the whole of the book I am sorry to admit, I cannot remember anything about it, shame.

Worst purchase I have ever made. The nonsense that this writer comes out with is shameful. I was particularly amused by his recording of he and his friends sneaking into the Sydney Masonic Centre, what a joke! That venue is a function centre and has a café out the front that are all open to the public and lets not forget there is also a Masonic museum, library and shop that are also open to the public. My mother is a frequent visitor and has done a number of guided tours that a all open to the general public. Yet another Freemason bashing piece of trash.