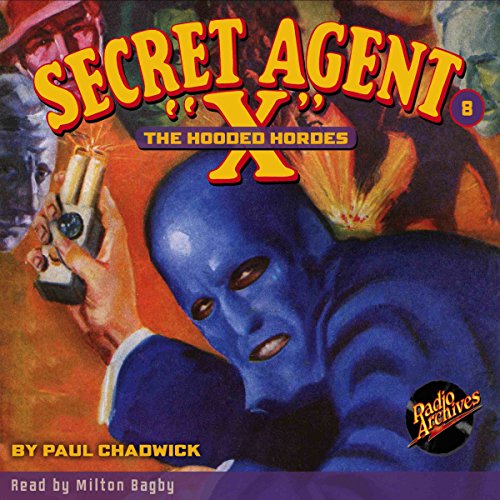 Operating out of the supposedly haunted Montgomery Mansion, Secret Agent X ventures forth in a bewildering array of false identities to infiltrate the darkest underbellies of the Underworld-and destroy it from within. The only clue to his true identity is his haunting whistle.

With boiling lead that stilled men's tongues and bombs that mangled human bodies, the hooded hordes threatened America. Their power was spreading from State to State like a hideous blight. Their spies were everywhere-and against this dread secret society went the Man of a Thousand Faces, into a danger that even he did not foresee.

The enigma of enigmas, Secret Agent X has been deputized by a high government official to battle the darkest, most diabolical enemies of America before they sink their poisonous fangs into the nation's healthy core. Faceless and unsung, X infiltrates these threats in a bewildering array of disguises.