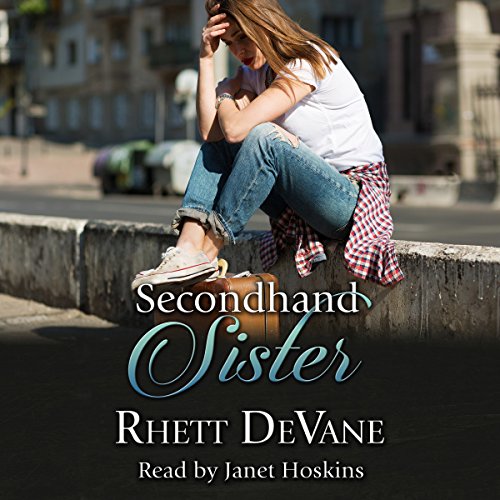 Mary-Esther Sloat is a woman with a patchwork past: three failed marriages, misspent youth, and a series of dead-end jobs. When she attempts to donate a kidney to her dying mother, she learns a life-altering truth: Loretta Boudreau Day is not her biological mother. After Loretta dies, Hurricane Katrina destroys Mary-Esther's only tie to New Orleans: her beloved Nana's house.

For a while, Mary-Esther lives in a battered Chevy van. Armed with a faded birth certificate, she finally corrals the courage to unravel the mystery of her birth at a small hospital in the panhandle of Florida. When she finds the site of the hospital, she is dismayed to learn it now houses the Gadsden County Sheriff's office. Sergeant Jerry Blount befriends Mary-Esther and helps her locate a retired nurse who once worked at the small hospital. After meeting with the senior in a nearby assisted-living facility, Mary-Esther visits the county courthouse to research records for children born on the same date. She discovers a baby girl with a similar last name, Sarah Davis of Chattahoochee, a small town in the same county.

Hattie Davis Lewis lives with her husband Holston and adopted child Sarah Chuntian Lewis in the old family homestead three miles south of Chattahoochee. She often thinks of her older sister, a child also named Sarah who died shortly after birth. Hattie's older brother Bobby Davis, his wife, and son live nearby on the family land. Bobby battles his own demons that threaten his hard-won sobriety.

Mary-Esther camps out in her van at a lake near Chattahoochee, hesitant at first to confront the family she suspects to be her own. Instead of welcoming arms, Mary-Esther finds a clannish community and a brother determined to keep her from claiming her birthright.

For me this is a story of transformation, or perhaps resurrection in a personal sense. It does not happen over night. Adjustments, change, accepting the past for what it was and living in the present come with struggle, set backs and lots of compassionate help. This book includes all of those and more.

The story begins after Mary-Esther Sloat’s life crumbles around her. She has cared for the only family members she knew, her beloved grandmother and the woman she thought was her mother until they both die. Then the city of New Orleans is “ground to mud” in the catastrophic flood in the aftermath of hurricane Katrina. Adding to that she has married three times, each time ending in disaster. She is a homeless, shattered, broken down woman, now in her fifties with little energy for rebuilding a new life. She takes to the road with no particular destination in mind.

It is fall 2006 when the story opens. Mary-Esther has arrived in the small town of Chattahoochee, Florida. She has been living out of her car for over a year and is now running out of money. She is sleep deprived, filthy, and hungry. Out of curiosity, she has decided to try to find her biological family based on her birth certificate listing a hospital in Chattahoochee.

Full disclosure, I now live in this area and the descriptions of places I’ve come to know and the people in this area are spot on. I must add that the descriptions of food left my mouth watering. I also learned things about the area I did not know before. This undoubtedly added some to my enjoyment of the book. I am so grateful that this local author’s books are now being published on Audible. I did, however, get gypped because the Audible edition does not include a recipe the way the print and Kindle versions do.