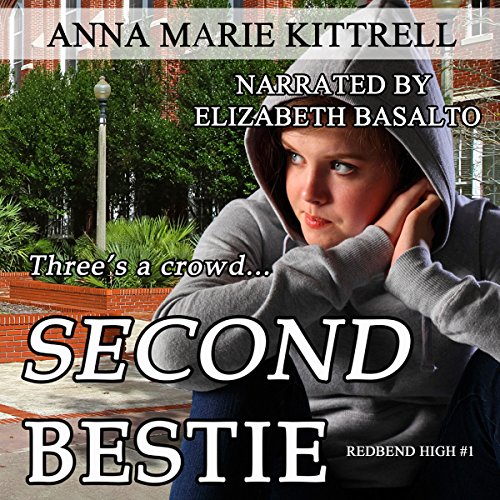 By: Anna Marie Kittrell
Narrated by: Elizabeth Basalto
Try for $0.00

New to the small community of Redbend, Molly Sanders is delighted when she and Lenni Flemming become instant friends during the final weeks of her first Oklahoma summer. However, Bianca Ravenwood, Lenni's best friend and self-proclaimed witch in training, is less than thrilled. In fact she's cursing mad, vowing to destroy Molly while honing her craft in the halls of Redbend High School. Molly's new school becomes a waking nightmare as Bianca, beautiful wannabe witch, targets her in a jealous rage. Plagued by terrifying, inexplicable occurrences and an embarrassing case of panic-induced hiccups, Molly is unable to escape Bianca's snare. But if Bianca refuses to back down and Molly refuses to stand up, not only will Molly lose the best friend she's ever had - she may also lose her sanity.

What listeners say about Second Bestie