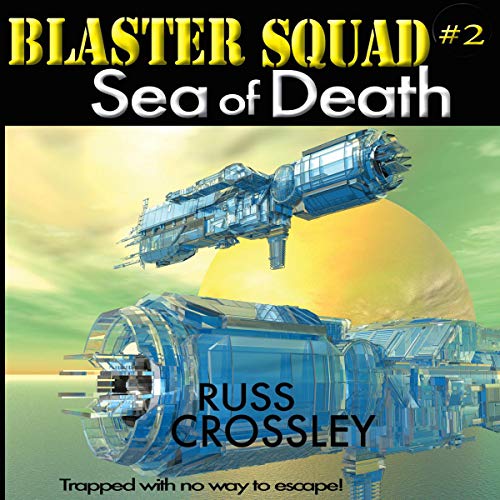 By: Russ Crossley
Narrated by: David A. Conatser

In this second mission in the 42nd century, after an encounter with pirates, Nick Justice leads Blaster Squad on a hazardous mission in uncharted space to rescue kidnapped aliens.

They soon become trapped in a mysterious void filled with a sea of lifeless alien vessels orbiting an artificial star powered by the powerful energy field they’ve been trying to recover.

Join mercenaries Nick, Siren, Gears, Bones, and the Kid as they discover a monstrous plot to dominate the galaxy. In a race against time, they fight to escape this sea of death and must make a shocking decision before it’s too late.

Blast off to far future with Star Trek author, Russ Crossley in this tale of high adventure and pulse-pounding action to save the galaxy for all human and alien kind.