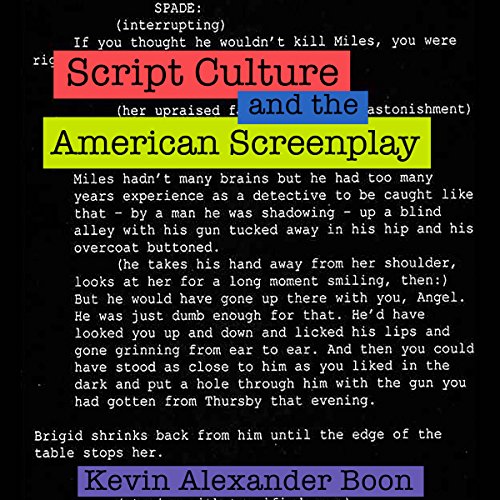 Script Culture and the American Screenplay

Script Culture and the American Screenplay treats the screenplay as a literary work in its own right, presenting analyses of screenplays from a variety of frameworks, including feminism, Marxism, structuralism, philosophy, and psychology.

Boon demonstrates that whether we are concerned with aesthetics and identifying rules for distinguishing the literary from the non-literary, or whether we align ourselves with more contemporary theories, which recognize texts as distinguishable in their inter-relationships and marked difference, screenplays constitute a rich cache of works worthy of critical examination.

The audiobook is published by Wayne State University Press.

What listeners say about Script Culture and the American Screenplay