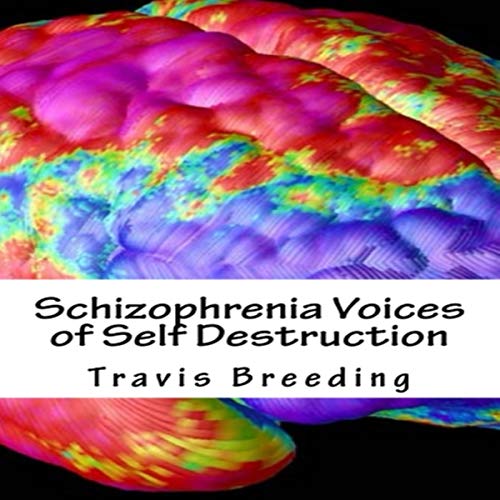 Schizophrenia Voices of Self Destruction

By: Travis Breeding
Narrated by: Sophia Lee
Try for $0.00

In this book Travis describes to the listener what living with schizophrenia and autism is like. Follow Travis as he shares about his hallucinations, voices, and delusions. Travis shares how television characters and news anchors talk to him. He thinks they have a special message to deliver to him. Travis also talks about having to punish himself because the voices say he is not a real person.

Travis started having psychotic episodes at the age of 19. He talks about how everywhere he goes the voices and hallucinations follow him. Travis went from college to college trying to find a place where the voices and hallucinations could not find him, and now he travels from job to job trying to get away from them. The voices sometimes tell Travis if he leaves his house he will be punished for having autism.

Travis shares how he has delusions and performs operations on himself that a doctor tells him to do. He shares how it is really difficult to tell the difference between reality and make believe. Travis lives in a different world than most of us do, and he shares what his world is like in this amazing listen. Travis talks about how he had relationships with people he saw on television shows and shares with the listener what they talked about and said. This book is a valuable tool for anyone wanting to learn more about what living with autism and schizophrenia would be like.

Travis shares that both autism and schizophrenia make social relationships hard for him. He shares how he is able to stay positive even among all of his challenges in this book.

What listeners say about Schizophrenia Voices of Self Destruction

Read this to help persons with schizophrenia

This is a first person account of the life of someone who has life difficulty due to schizophrenia and struggles to fit in and find a friend or girlfriend. By reading this, people could be less insensitive and more helpful. If you'd like to make a difference, read this book.