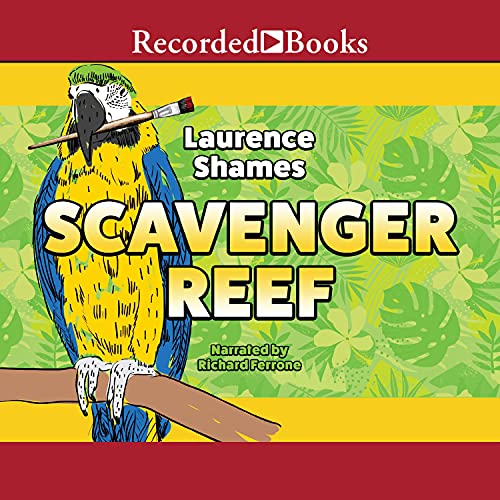 By: Laurence Shames
Narrated by: Richard Ferrone
Try for $0.00

On best-seller lists all over the country with his witty cynicism and delightfully dark humor, Laurence Shames writes thrillers that his fans endearingly classify as great “Florida noir.” In the tradition of Elmore Leonard and Carl Hiaasen, he gives character to the inhabitants of Florida’s steamy underbelly. Artist Augie Silver’s friends are ostensibly grief-stricken when he drowns in a shipwreck off Scavenger Reef, but most of them are nervous because his body wasn’t found. They have too much to gain by his death. Since his demise, the price of his art is skyrocketing. If Augie isn’t dead, he soon will be, if his money-hungry “friends” get their way. Listeners will delight in Richard Ferrone’s narrative expertise as he perfectly captures the tongue-in-cheek humor, compelling characters, and snappy dialogue that have become the author’s trademark. The combination of humor and suspense is irresistible.

What listeners say about Scavenger Reef

Readers who are looking for gangsters and gags might be disappointed by this book, but I think it is his best work. There are rich characters, a plot which is very clever, a deep understanding of the arts and their markets and a depiction of Key West which is unmatched in its wit and its depth. The protagonist, a painter named Augie Silver, apparently dies. His death makes his work much more valuable. Several of his best friends have been given paintings by the generous Augie. Each now finds himself in desperate economic straits, and they all want to go for the money. Then Augie suddenly reappears, his boat having been hauled up from the Caribbean by some Cuban fishermen. He comes back to Miami having been very sick and lost a lot of weight, but definitely alive. It is at that point that the plot really kicks in gear. Someone sends him a slice of Key Lime pie with get well wishes. The pie is poisoned, and the Silvers' parrot Fred eats a piece while Augie and his wife are making love, and Fred drops dead. I won't spoil the plot; I will say that this is Shames's most deeply felt work. Each sentence is carefully crafted, and many of them are filled with gentle irony, with love for his characters, and with love for life in all its forms. The New York art scene is viciously spoofed. Augie and his wife Nina and their house helper, Reuben the Cuban, want to resume a normal life, but the complications wrought by Augie's reappearance are convoluted and very funny. Don't miss this book. It may have been Shames's last work: what a shame.

Really enjoyed the story. Llistened to it on the road to and from work and couldn't wait to get back to it. Made the hour long drive fly by! Excellant narration! Descriptive characters. What can I say about Ruben that Augie didn't sum up in the last chapter.

I'm going to get all technical here...this was a very interesting story and well worth the time...I recommend it.