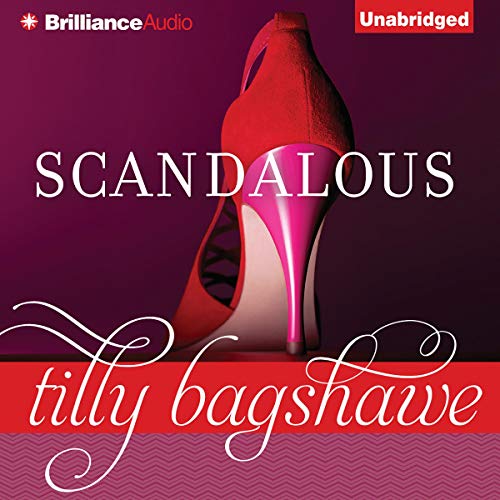 By: Tilly Bagshawe
Narrated by: Alison Larkin
Try for $0.00

He ruined their lives. Now he must pay.

All Sasha Miller ever wanted was a place among the great scientists of her time. But when she falls for the seductive charms of Professor Theo Dexter, she loses her heart - and the brilliant original theory that was going to jump-start her career. Sasha is left with nothing…except an unquenchable thirst for revenge.

Eight years later, rich and famous Theo Dexter is the darling of the American media and every woman’s fantasy. Every woman except one.

Now head of a successful business empire, Sasha’s been laying the groundwork for the payback Theo so richly deserves. But if she’s going to do it right, she can’t do it alone. She’ll need the help of the only other woman who knows the ugly truth hidden behind Theo’s handsome façade: his spurned ex-wife Theresa. Together, the pair will concoct a plan so spectacular it will bring Theo down once and for all.

It is high time Theo Dexter learned: Hell hath no fury like a woman scorned.

What listeners say about Scandalous

Would you consider the audio edition of Scandalous to be better than the print version?

What was one of the most memorable moments of Scandalous?

Once the story got going.. It was a slow start

The book starts out a little slow, and I struggled with the narrator. It ended up being very good, however I kept waiting for the big twist that usually happens.. It never did. Happy ending, but no major twist or climax. Predictable

WOW - I have never before wished for a longer commute

Excellent story line and performance. Some unexpected plot twists. FYI - very strong language, don’t listen with young ones or your parents ;) in the car

I liked this one much better than do not disturb. looking forward to reading the next book.

Good but ending could be better.

Very thorough,. I liked that it didn't end abruptly as some stories do. The narrator was very good. Marriage and sex treated too casually.