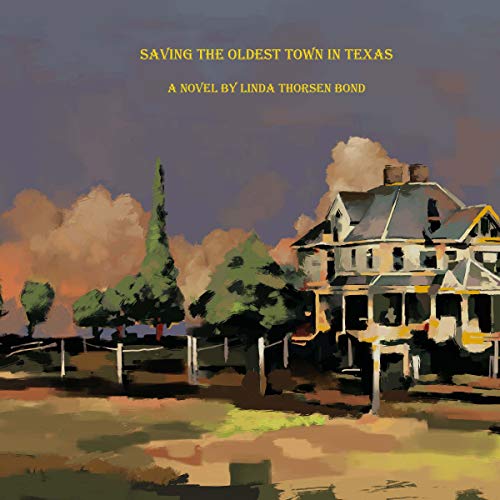 Saving the Oldest Town in Texas

Saving the Oldest Town in Texas

When Col. Benjamin Wettermark emptied the bank and skipped town in 1903, he left his wife, his children, and his mansion behind. Saving the Oldest Town in Texas looks at the banker, the house designed by the best architect in Nacogdoches, and the impact Col. Wettermark’s betrayal had on the woman who loved him and the town that trusted him.

More than 100 years later, Peggy Jensen wonders if she is brave enough to renovate a home that seems too far gone. She could almost say the same thing about herself. She is alone, stiffening up in all her joints, at loose ends after seven years watching her husband’s brilliant mind deteriorate. Her daughter talked her into moving to the oldest town in Texas, and Peggy wants to renovate a historic home. It is just her luck to fall in love with a deteriorating, scandal-ridden mansion.

The chapters alternate between the current-day struggle to renovate the mansion and the turn-of-the century story of Col. Wettermark, his wife, Daisy, and his children.

Intriguing story of a East Texas family’s ups and downs

A colorful story of life in an East Texas town at beginning of 20 th century revolving around a historic house built in Nacogdoches Tx. It alternates with flash forward to present day restoration efforts of the house.
I always enjoy audible books read by the author because they always add an extra sparkle to the story that professional readers leave out.