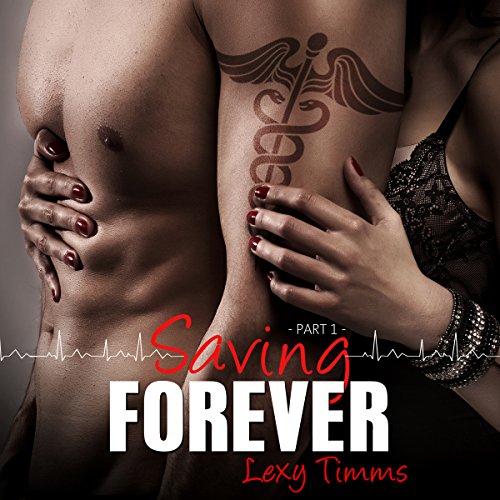 By: Lexy Timms
Narrated by: Elizabeth Meadows
Try for $0.00

Charity Thompson wants to save the world, one hospital at a time. Instead of finishing med school to become a doctor, she chooses a different path and raises money for hospitals - new wings, equipment, whatever they need. Except there is one hospital she would be happy to never set foot in again - her fathers. So of course he hires her to create a gala for his sixty-fifth birthday. Charity can’t say no. Now she is working in the one place she doesn’t want to be. Except she’s attracted to Dr. Elijah Bennet, the handsome playboy chief.

Will she ever prove to her father that’s she’s more than a med school dropout? Or will her attraction to Elijah keep her from repairing the one thing she desperately wants to fix?

Could've have been great!

I would have probably given this book 4-5 stars if it was a whole book. The story was good, the characters were very realistic. I liked where it was going and couldn't wait until they finally connected but the way this ended really felt like the whole book was written and then torn into a few pieces and I only got a small piece. I'm sure if you read this story as a whole book it would be a completely different experience. Buying this in pieces just makes it the most expensive audiobook I'd ever own :(

Would you try another book from Lexy Timms and/or Elizabeth Meadows?

Has Saving Forever - Part 1 turned you off from other books in this genre?

Would you be willing to try another one of Elizabeth Meadows’s performances?

Never again. I bought this book bases on reviews of the performer. I wonder if the glowing reviews were written by close friends and family. Her pacing was awful; an Australian accent was indicated but not to be found. She seemed to ignore natural punctuation and injected her own. Her enunciation was terrible. I'm sorry Elizabeth Meadows. I'm sure you're an awfully nice person but this is not a good fit for you.

I'm happy that I can return this book to audible for full credit.

The awful narration completely obliterated my ability to follow a cohesive story line.

Good start to the story

Charity Thompson is a highly successful fundraiser liaison for numerous hospitals but there's one hospital she refuses to step foot into and that's her father's hospital. Scott Thompson is chief of staff at Scott Thompson Hospital, that's how great a doctor he is. He wants his daughter to help him plan a gala for his 65th birthday to raise funds for the hospital but she hasn't gotten along with him since he "disappeared" while her mother was dying from cancer. Turns out he was just as broken up as Charity, and there were reasons why he wasn't around when Charity cared for her before she died. On her first visit to see her dad, she shares the elevator with a sexy, gorgeous doctor who has been appointed asst. chief of staff. He's young, but he must be good since her father trusts him. They are falling in love as the story unfolds, but she works in Atlanta and he's in New York. How do you keep a relationship alive long distance, especially when it's brand new! There's a cliffhanger ending.
The narration is done by Elizabeth Meadows and it's somewhat difficult to listen to. There are awkward pauses and not much emotion in her voice. I was taken out of the story, trying to follow the conversations and plot.

Returned because the narration was absolutely awful. The cadence, pronunciation, and punctuation was very hard to listen to. It was awful. Her voice alone isn’t bad at all, I think she just needs a lot more practice and maybe a coach. They should have someone re-record because I’m skipping the whole series based upon the narration of the first story that I couldn’t get through.

Liking Elijah and Charity's story. Eager to keep listening to their story. It's a romance with some drama. Definitely keeps you entertained. I am voluntarily reviewing this audiobook.

I loved this story. I can't wait to read more and find out what happens.

I really enjoyed this short great read/listen. this is a great start to the series!!!! This book had me listening straight through! The author did a great job with the story and the characters!!! Cant wait to start the next one! I recommend as a must read /listen, I received this book for a honest review!!!

This is a story of Charity who is hired by her dad to throw up his birthday party. There is tension between them since her mother died. While planning she meets her father's apprentice Elijah and there is an instant attraction, but he is know for getting around. I enjoyed the story and the characters and can't wait to hear more.

I couldn’t even get through the first chapter. The narrator’s voice grated on me so much that I couldn’t keep listening. I didn’t want to rate the story because I haven’t read it. I’m giving it three stars for average because it won’t take my rating unless I rate the story too. I am reading the book now. Don’t waste your money on this audio book.

This has a good storyline. Nothing intense or dark just an easy listen with exception of the narrator. She has lots of potential but talks too fast. If she just slows it down a tad, the listener would enjoy the book much more. We’ll see how Part 2 goes.

The first book in the series has a good base for the storyline. The characters are likeable so far. I’m looking forward to see how these characters develop over the course of the books.

This is my 1st read/listen of Lexi work and I really enjoyed it it’s light has a good story line ,the characters are great and enjoyable you can see even from early on that charity and Elijah are going to be a great couple together
Short and sweet romance I have the full set on audiobook so on to the next