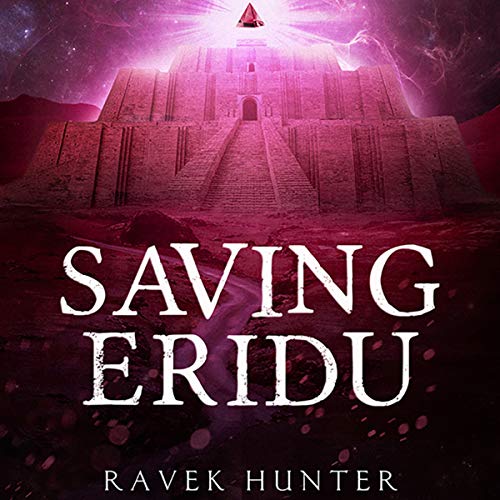 By: Ravek Hunter
Narrated by: Matthew Jackson
Free with a 30-day trial

Ten thousand years before the ancient civilization of Sumer rose to prominence in Mesopotamia, there were the Sag-gig-ga, or ‘Black-Headed People’ and they called their land Kur-gal.

Mysterious symbols written in the blood of murder victims, a respected government official no longer in possession of his own will, a High Priest clever enough to work the political system and ruthless enough to dispatch anyone who gets in its way.

The list of challenges facing Namzu, High Priest of Eridu, is as long as it is daunting. Skilled in the dual arts of investigation and judicial enforcement, Namzu must navigate an ancient world of superstition, myth, and intrigue; a world in which demigods from Atlantis walk among mere mortals; a world inhabited by loyal servants, simple fishermen, mythological cannibals, and unparalleled evil. Unbeknownst to him, the dark hand of vile corruption has swiftly taken hold and ready to unleash unspeakable evil upon what was previously the peaceful, well-ordered city-state of Eridu in ancient Mesopotamia. With the help of a mystical people known as the Anunnaki and one loyal house servant, Namzu will need every arrow in his investigative quiver to track down and stop the power behind the murders before it’s too late.

A fantasy world built on mythology and the oral tradition of the ancients that will immerse you deeply in stories that are unforgettable!

What listeners say about Saving Eridu (Worlds of Atlantis)