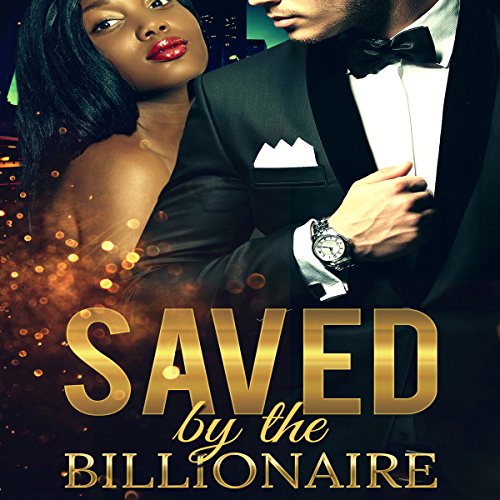 Saved by the Billionaire

By: Kamasutra Lifestyle
Narrated by: Lucy Lyon
Try for $0.00

Shontelle Damien, the black beauty from New Orleans, always felt like a misfit in Paris, the City of Lights. Her chocolaty-brown complexion and tall stature made her the cynosure of the crowd; girls envied her voluptuous body, and boys couldn't resist hollering at her when she strutted by.

According to her peers, Shontelle had it all: a perfectly toned body, promising modeling career opportunities, and a boyfriend who was the most popular guy at Drexel Academy.

Trying to make ends meet and pursuing a degree in fashion management, Shontelle felt like there was still a void in her life. She didn't realize this until she first made out with her boyfriend and felt that the emptiness could be erased only by seeking someone who was sexually mature, unlike the guys at Drexel Academy.

Brad Eduardo was a fashion industry billionaire. His exceptionally good looks and early success made him the most sought after youthful bachelor in Paris. Shontelle immediately fell in love with him when she first set her eyes on him.

In her pursuit of Brad Eduardo's attention, the naïve, young Shontelle Damien unknowingly set out on a path lined with obstacles. This is a story depicting sexual turmoil, betrayal, and deceit.

What listeners say about Saved by the Billionaire

mm it was ok

I like some of the other books in the billionaire series better. this one was just ok.

I'm not a big fan of interracial romance novels, for some reason it irks me when I listen to a writers description of the characters. The story never feels right to me for some reason. But I like this story, the main characters are meant to be, but like life, someone has to mess it up to make them as a couple stronger.

If you'd like to read books with stories about people who don't even know they are looking for love this is the one that is a complicated and beautiful love story they struggle to accept the feeling they have for one another but it's not over there's a lot of twists and turns I cannot wait to find out what's really going to happen so if you want to book that's going to have you sitting here rooting for the couple this is the one.

This is a good book and great start to the trilogy the author has written. I enjoyed getting to know the characters. It was good to see how two people from different backgrounds could come together and find all the things they have in common. This book is a wonderful romance with a bit of mystery mixed in which will keep you reading and wondering what will happen next.

This book went to a new level of things not always being what it seems. I can't wait to read more. The author is an amazing author who makes you want more. I highly recommend this book to all romance readers.

OMG! This is a really good story. I am seriously looking forward to read more about this author. The story, so far, is a full of life's romantic expectations.

I am not sure about these characters they don't seem to be truly in love with each other, it's not that warm and tender love story I expected. I must say the cliff hanger was interesting, I kind of thought something like that would happen. I still would recommend this book. Thank you