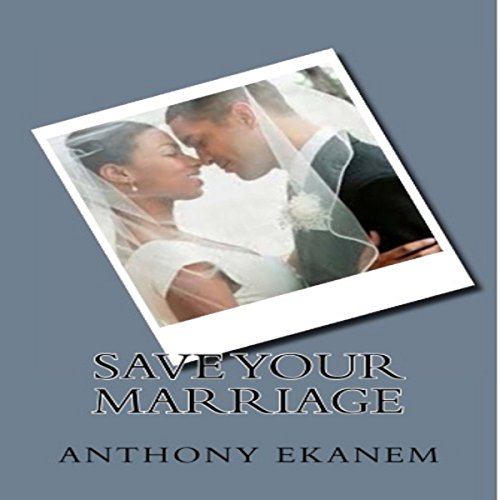 By: Anthony Ekanem
Narrated by: Carolyn Morris
Length: 1 hr and 31 mins
Categories: Self Development, Communication Skills
5 out of 5 stars 5.0 (5 ratings)

If you are having trouble with your marriage, you are not alone. Every marriage has its ups and downs. These problems could range from simple misunderstandings to larger concerns.

Many issues in marriages are due to personal problems that one or both spouses may be going through (such as losing a parent); more traditional problems between the couple themselves (such as the couple losing touch with each other because they are too busy with children, jobs, or other responsibilities); and sometimes even outside influences (such as money problems due to a lost job). Many times in this modern and complex society, the problems with a marriage are a combination of all three types of problems.