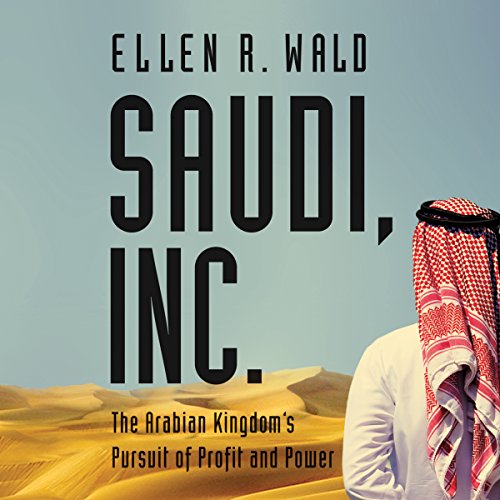 The Saudi royal family and Aramco leadership are, and almost always have been, motivated by ambitions of long-term strength and profit. They use Islamic law, traditional ideology, and harsh justice to maintain stability and their own power, but underneath the thobes and abayas and behind the religious fanaticism and illiberalism lies a sophisticated and ruthless business enterprise.

Over more than a century, fed by ambition and oil wealth, al Saud (as the royal family is known) has come from having next to nothing to ruling as absolute monarchs. Their story starts with Saudi Arabia's founder, the lowly refugee Abdul Aziz, embarking on a daring gambit to reconquer his family's ancestral home: the mud-walled city of Riyadh. And it ends with al Saud's most ambitious move yet: taking Aramco, the multinational business that has made them the wealthiest family in the world, public.

What listeners say about Saudi, Inc.

This very detailed and objective history of the House of Al-Saud and the Aramco oli company is a must read for anyone wishing to work, do business with, or understand the Kingdom of Saudi Arabia. Very nuanced and enlightening.

Learn so much about Saudi. Loved this. I would recommend to anyone who’s interested to know more about Saudi’s beginning and also the research is very good.

This books presents a good history and also an understanding of the Saudi leadership . The Saudi values and long term vision are understood

A History of Saudi Arabia and Aramco

it was Okay! it tells how Aramco came into existence and how Saudi Arabia became one of the world's top producers of oil.