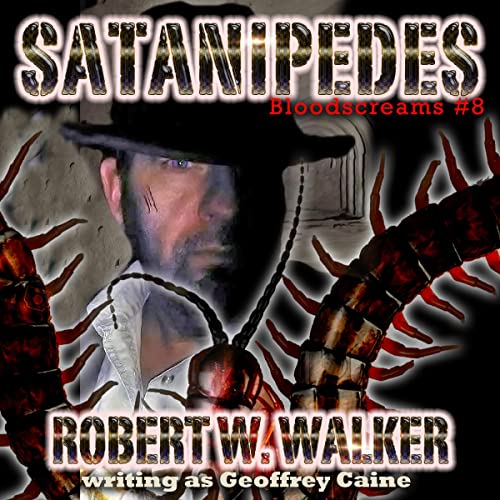 Just when Archeologist and Vampire Slayer, Dr. Abraham Stroud thinks he can take it easy, take a second seat on a dig in West Texas, he is wrong from the outset. Plagued by warnings he does not at first recognize, Abe soon finds himself in the thick of an attack on humankind by a pod of prehistoric, giant centipedes that have cultivated a taste beyond livestock to a taste for humans. The creatures are known to local Native Americans as "Burrowers" as they have seen them before, but for Abe and those around him, there is a brewing war anticipated and soon engaged, the results of which are horrific in terms of human life. But Abe is not without resources, and he sets his Stroud Enterprises scientists at his institute to develop weapons to combat the monster swarm of giant centipedes Abe calls Satanipedes, a cross between a scorpion and a centipede that took down dinosaurs 400 million years before. And now they're back.

What listeners say about Satanipedes