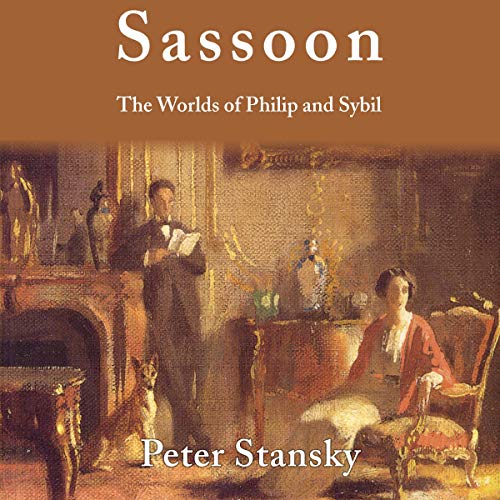 Sassoon: The Worlds of Philip and Sybil

By: Peter Stansky
Narrated by: Simon Barber
Try for $0.00

Sir Philip Sassoon (1888-1939), a glamorous and well-known figure in Britain for the first four decades of the 20th century, was the most eligible bachelor and the greatest host of his time. He attained prominence in the art world, high society, and politics. In contrast, his sister Sybil (1894-1989) lived a much more private life. Yet she was fascinating in her own right, marrying into the grandest level of the English aristocracy, restoring Houghton - formerly the house of Sir Robert Walpole - to magnificence and serving in the high command of the Women's Royal Naval Service during both World Wars.

In this analysis, historian Peter Stansky brings the Sassoons and their period into sharp focus. He also explores what their experience reveals about the nature of English life, particularly at the highest reaches, and its relation to wealth, power, politics, Jewishness, and art.

"A fascinating commentary on the workings of English society." (Times Literary Supplement)

What listeners say about Sassoon: The Worlds of Philip and Sybil

At first listen, this audiobook comes across as tedious, woodenly read and written with thoroughness but little enthusiasm. Yet, if the period interests you - and the first 40 years of the the twentieth century is about as interesting as it gets - you are rewarded with a deeper understanding of the period and a fondness for Philip & Sybil Sassoon who though immensely wealthy were outsiders.

A generous and sociable man, and without enemies, Philip never married and [I think] was lonely. At the end of the book I felt I would have liked to sit in a room with him and cheer him up a bit. With his death, and others of the period, England lost something special. The gilded rich and the aristocratic survivors of the First World War had a sense of duty absent from their entitled middle class inheritors today, and we are the poorer for it.

This book tells you nothing about the characters involved just dates and what they did where and nothing about the characters and times of the era.They came across as entirely dull people privileged people who if not born into immense wealth would have gone entirely unnoticed. If you what something in this line try Black Diamonds by Catherine Bailey or any books on the Mitford sisters. This was so bad I returned it for a refund.