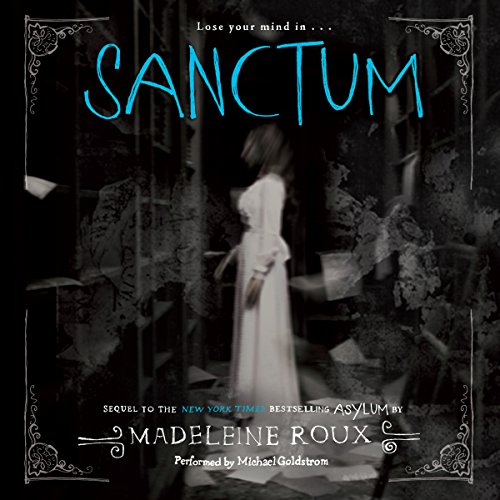 By: Madeleine Roux
Narrated by: Michael Goldstrom
Try for $0.00

The past is back to haunt them.

Dan, Abby, and Jordan remain traumatized by the summer they shared in the Brookline asylum. Much as they'd love to move on, someone is determined to keep the terror alive, sending the teens photos of an old-timey carnival, with no note and no name. Finally, Dan receives a list of coordinates pointing to abandoned houses in the town near Brookline, and he is convinced that the only way to end this nightmare once and for all is to return to New Hampshire College and follow the trail.

But when Dan and his friends arrive under the guise of a prospective students' weekend, they discover that the carnival from their photos isn't just real, it's here on campus - it has returned for the first time in many years. And as they sneak away from their undergrad hosts to visit the houses on their list, they find secrets far darker than anything they'd imagined.

In this thrilling and creepy sequel to the New York Times best-selling Asylum, Sanctum tells the story of three teens who exist on the line between past and present, genius and insanity.

What listeners say about Sanctum

This was the ending I hope for when it comes to books and movies. The ending where everything gets to a point where I can be fully satisfied and happy with the events that took place. 5/5 highly recommended series!

I thought the book was very interesting. it tied on nicely with the previous one !

sad to hear this one end. it definitely caught and kept my attention during the mind numbing commute to and from work daily.

better than the first. A st and nail bitting. a

Better than the first. A fast paced read, tense and twisting tale. The love angle needs to pick up.

A great second part to an amazing story I love how she captures your attention so completely with her twisted tale. Michael Goldstrom brings new life to the already complex characters

love the book it's a great read each and every chapter got a great suspense to it and was hard to stop listening can't wait for the next book!!!

This was great!! The only complaint I have was that the action didn't come sooner. It took me a long time to finish this book because I often got bored of it. But once I sat down and read it, it was amazing. I do recommend this book.

Michael continues to narrate well, but the story had a depressingly lurching start. Despite the trauma of the previous summer, Dan, Abby, and Jordan head back to Brookline to settle once and for all. What made it annoying was every supernatural occurrence - old-hat after Asylum - is met with all three making Gee-whiz-it-must-rats-in-the-walls-not-ghosts comments. Really? I had to fast forward to get past those spots. Nice ending though.