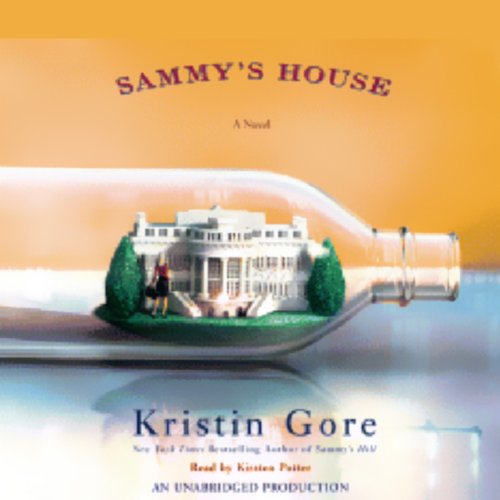 By: Kristin Gore
Narrated by: Kirsten Potter
Try for $0.00

In this incisive comedy, late 20-something Sammy Joyce, a hypochondriac, klutz, and jumper-to-conclusions, is in the White House as a health-care advisor to a newly elected administration. All her chips seem to be falling into place: she's living with her best friend and reveling in her romance with Charlie Lawton, an up-and-coming Washington Post reporter.

However, soon after taking office, the administration finds itself deep in a red-hot scandal. President Wye's old problem with the bottle re-emerges. His family is creating havoc. And an informant begins leaking damaging information. On top of it all, a secret deal with an Indian pharmaceutical company unleashes a fury that threatens the administration to its core. As Sammy fights to distance herself from professional turmoil, Charlie gets promoted and moves to New York. Can she hold her ground when her relationships, ideals, and ability to trust are all coming apart at the seams?

In Sammy's House, Kristin Gore brings a novelist's eye to the inner workings of the White House, delivering hilarious insight and a fresh perspective on political life.

What listeners say about Sammy's House

Not as good as the first novel..

but it was okay, i still loved the leading characters, and the mix of politics was just as interesting, but it just did not have the same...umph as the first one I guess is the way to say it, I have listened to the first novel probably..3-4 times, this one i will listen to again, but not as frequently..