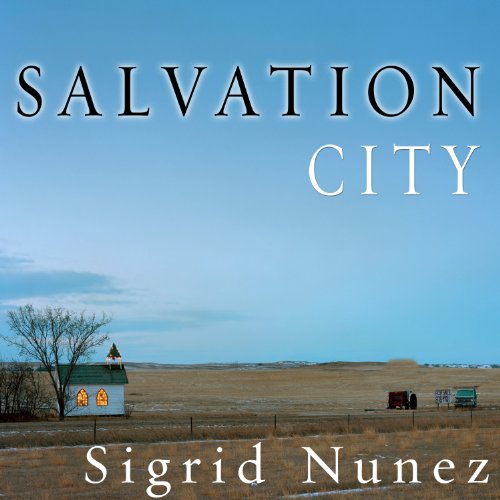 By: Sigrid Nunez
Narrated by: Stephen Hoye
Try for $0.00

After losing both parents to a flu pandemic that seriously threatens his own life as well, 13-year-old Cole Vining is sent to live with an evangelical pastor and his wife in Salvation City, a small town in southern Indiana. There, Cole feels sheltered and loved but never as if he truly belongs. Everything about his new home is vastly different from the secular world in which he was raised. As he tries to adjust, he struggles also with memories of the past, a struggle made more difficult by the fact that he had lost his parents at a time when family relations were at their most fraught and unhappy. How is he to remember them now? Are they still his parents if they are no longer there? Must he accept what those around him believe, that because his parents did not know Jesus they are condemned to hell? During this time, Cole finds solace in drawing comics, for which he has a remarkable gift, and in fantasies about being a superhero.

Salvation City is a story of love, betrayal, and forgiveness. It is about spiritual and moral growth, and the consolation of art. It is about belief - belief in God and belief in self. As others around him grow increasingly fixated on the hope of salvation and a new life to come through an imminent rapture, Cole imagines a different future, one in which his own dreams of happiness and heroism begin to seem within reach.

"Salvation City is not only timely and thought-provoking but also generous in its understanding of human nature. When apocalypse comes, I want Nunez in my lifeboat." (Vanity Fair)
"Adept at matching psychological intricacy with edge-of-your-seat plots…Nunez brilliantly contrasts epic social failure and tragedy with the unfurling of one promising life, reminding us that even in the worst of times, we seek coherence, discovery, and connection." (Booklist)
"Sigrid Nunez has long been one of my favorite authors because she writes with the deepest intelligence, the truest heart and the most surprising sense of humor. Salvation City is a tale of an American near-apocalypse that brings out the best of all these qualities. It reads beautifully, at times joyously, and it makes one reconsider the ordering of our world." (Gary Shteyngart, author of Super Sad True Love Story)
"The great success of Nunez's book is that the end of the world is filtered through Cole's imperfect perspective, so that the collapse of society is no more devastating than first love, and deeply felt conflict rages as a young man tries to find something worth preserving in a place determined to obliterate the past." (Publishers Weekly)

What listeners say about Salvation City

So this book starts out like many others, character building with flashbacks to past events, all about the protagonist, blah, blah blah, then usually once you get all that established, you bring in the antagonist and the adventure begins,...not with this go-nowhere tale. No antagonist, no adventure, not even many peaks in the story at all. Just when he gets ready to walk out the door, the story ends. If this author doesn't write a sequel, this book isn't worth reading.