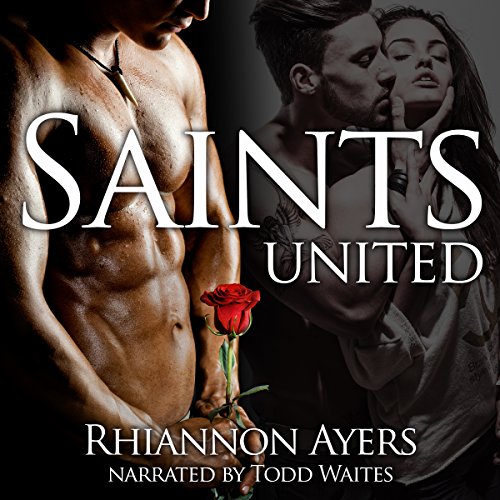 By: Rhiannon Ayers
Narrated by: Todd Waites
Try for $0.00

Andre "AJ" Johannes fell in love with his college roommate - he just didn't realize it until it was too late. After spending one unforgettable night in Ryder St. Claire's arms, fate forced them apart. But Ryder still haunts his dreams, and AJ's always wondered what might have been.

Seven years later AJ is starting over. New job, new city, new life - and all of it without his wife and son. Marian divorced him and took sole custody, leaving AJ to wonder if the rest of his life will end up as useless as his shattered marriage. Little does AJ know he's got a couple of Saints looking out for him.

Ryder St. Claire married Lyss three years ago, and the two of them have been searching for their third - the man who will offer his submission and give them everything they cannot give each other. But can they overcome years of emotional abuse to convince AJ he deserves to be happy?

What listeners say about Saints United