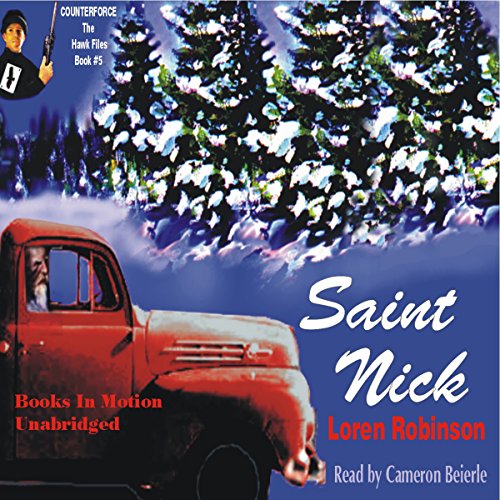 Lane Palmer, formerly "The Hawk" assassin for a secret government agency, is called out of retirement by Counter Force Director Pat O'Neil to help foil a terrorist assassination plot on U.S. President Emerson. The terrorists are rumored to have connections with local residents, and Counter Force's Director, Pat O'Neil, needs "The Hawk" to investigate.

A local man with a mysterious past, known as "Saint Nick" to area children, becomes the center of Palmer's suspicions. Defeating one plot reveals a more sinister plan underway. The target isn't the president, but his wife and children. The Hawk's plans fail when two of his best agents are ambushed, and the president's daughters disappear on the ski slopes in a sudden winter storm.

The mysterious "Saint Nick" is also missing, and may be either their last hope or their executioner. It's the last hand, and this time The Hawk is out of cards to play.