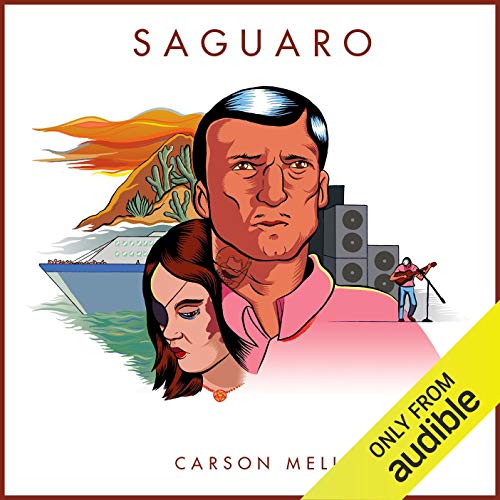 Saguaro chronicles the life of rock legend Bobby Bird as he finds himself rolled up in barbiturates, at sea with satanic cults, finding true love, selling out, and coming back. Bobby Bird’s unique voice - and fistfights with Bob Dylan - place him irrevocably in America’s cultural and musical history.

Bobby Bird may be many things - a legend in pink cotton, a living history in tattoos, the very embodiment of rock and roll - but he isn’t a bad man. At least not all the time. He made his name as a crooner, revered as a singer with soul, a soul he quickly sold without ever considering the implications.

Like Bob Dylan’s Chronicles Volume One, Patti Smith’s Just Kids, and Keith Richards’ Life, Saguaro allows us to look behind the curtain of celebrity. Because it’s an American tradition to carefully observe the legends of our time, to live vicariously through the adventures of our heroes. Just like the paths of all those who live fast and hard, Bobby’s path is one better experienced second-hand, beset, as it is, on all sides by drugs, dangerous women, and fisticuffs. Now if Bobby teaches us one thing, it’s that we can learn from our mistakes, and fortunately he’s made enough to fill a textbook.