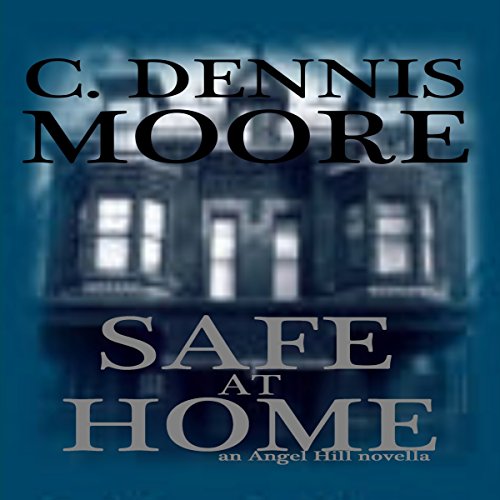 Horror author C. Dennis Moore takes a detour with this 21,000-word suspense novella in what is one of his most autobiographical works. Early-twenties Jim and his high school girlfriend Monica have just moved into a third floor apartment in a secure building to start a life together. Everything's going well at first, even though Jim finds adjusting to living with another person difficult. Then one night one of the residents in the building is murdered. With the security lock on the front door, and considering Jim was the only one in the building who couldn't prove his whereabouts at the time, all fingers point to him. And when a few more bodies turn up in the building, all at times Jim can't establish an alibi, things start to get a little tense at home. Jim is haunted by memories of an old 80s hair metal band he didn't even like, meanwhile the tension between him and Monica gets stronger and stronger until Jim feels his mind is about to snap. Moore crafts a taut thrill-ride wrapped in a blanket of nostalgia that doesn't let off the gas until the exciting climax with a killer in the building and the police storming up the stairs. While his short stories in the horror genre have been creating dread and terror in listeners for years, Safe at Home grabs them by the throat and thrashes them about until they're left rattled and dazed wondering what just happened.

If you could sum up Safe at Home in three words, what would they be?

Yes, after the suspense built up I became scared for them. I had read the book years ago, but couldn't remember the ending and who the killer was. Jim was so young and no match for a killer, so that worried me. The pace was rather chilling because you didn't know what was going to happen and Jim was getting so frustrated.

Have you listened to any of Curt Campbell’s other performances before? How does this one compare?

Yes, Camdigan. This one sounds a little better because there isn't a little girl character and are fewer characters that he needs to distinguish. He's not bad, but his female characters sound alike in an rather irritating way.

I thought it would be fun living on my own with my girlfriend.

Psychological horror meets the Hardy Boys as they move on after their teenage adventures in sleuthing. Jim could be Frank and his buddy Joe. It's a very different story than Camdigan and I like that. I got the feeling, as an apartment dweller, that it could happen.