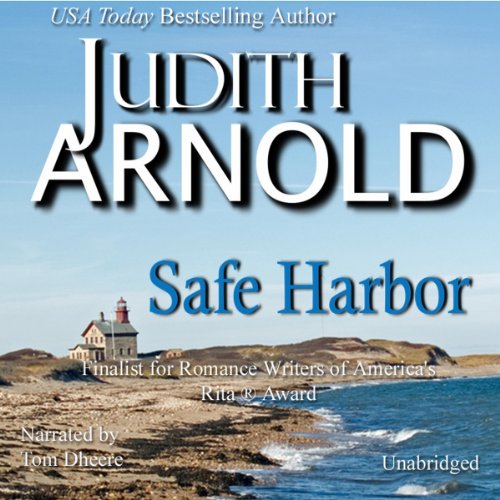 From the time they were eight years old, Kip Stroud and Shelley Ballard spent their summers together on Block Island, swimming, biking, exploring...and growing up. As teenagers, they argued about books, complained about chores and learned from each other a little about the way boys and girls viewed each other. They were best friends - until a tragedy in Shelley's life tore them apart.

Twelve years later, Kip has had to face his own tragedy. When he returns to the island to heal, he discovers that Shelley is now living there, older and wiser but bearing emotional scars. He is scarred, too - something they can share as they rediscover their friendship. But comfort and compassion aren't love.

Kip believes he will never love again. Shelley believes she can't love. Yet one night, their beliefs are shattered, and they realize they have a lot more to learn from each other.

The story was predictable but fine for light listening. It opens with several chapters of teenage years as backstory. That may be the best "romance" in the book, but I did not purchase the book because I wanted to listen to teen romance.

The writing was good enough. (Some of the stuff they publish in this genre these days is so amateurish that the writing interfers with the storytelling.)

I wouldn't say it was a must listen, but if you don't have high expectations it will hold your attention. It is not one that you can not turn off at bedtime -- which is probably good for me since I am inclined to stay up until dawn when I have a really compelling book playing.

A rollercoaster of emotions!

Would you consider the audio edition of Safe Harbor to be better than the print version?

The audio versions are always better than the print. Audio brings with it freedom to do things while reading, company while driving and proper pronunciation of words, along with loads of emotions , accents & excitement!

What does Tom Dheere bring to the story that you wouldn’t experience if you just read the book?

I enjoyed listening to all of his voices! The best voice , was of Jamie. Tom did an excellent job speaking like a 2 year old. Tom spoke all the voices clearly. Good Job!

It made me think more than anything. I cried when Amanda died. I laughed at some of the things Kip & Shelley did as kids. Mostly, it made me think of all the things we do as adults wasting valuable time over stupid things, when we should be focused on those we love. Life is too short. When they finally got back together as a couple, all I could think was it's about time!!!

Judith Arnold did an excellent job writing this book. I loved the storyline. The book held my interest right from the beginning!

Whilst I generally enjoy Judith Arnold's stories this one was rather bland - neither of the characters had anything interesting to say and were both self-centered and obsessive about themselves. I felt in the end they would bore each other to death. They certainly bored me.