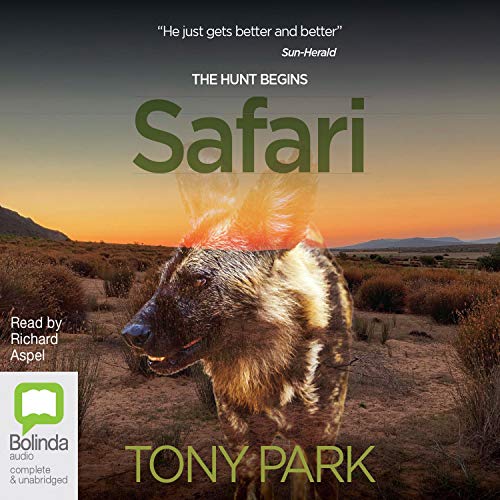 An increasingly volatile Zimbabwe and the jungle-clad mountains of the Democratic Republic of Congo is where a dangerously charged game of cat and mouse plays out in Africa’s wildlife wars.

Canadian researcher Michelle Parker cannot resist the opportunity to make contact with the famed mountain gorillas, but she is wary of the man giving her this chance – professional big-game hunter, Fletcher Reynolds.

Fletcher represents all Michelle has fought against – the slaughter of animals for material gain – but she finds herself increasingly drawn to his power and is reassured by his apparent support for the stamping out of poaching.

Into this mix steps ex-SAS officer Shane Castle. He has been recruited by Fletcher to spearhead the anti-poaching campaign. Shane is a man who has seen what bullets can do – to both human and animal – but is also a man who makes Michelle start to doubt the choices she has made ...

"He just gets better and better." ( The Sun Herald)
"Well, move over Wilbur is all I can say." ( The Northern Star)

What listeners say about Safari

Loved it!
It flowed well and had some good twists and unexpected turns.
A cracking read.

safari with a twist

Not quite what I was expecting but I enjoyed it all the same. This isn't a family listen has a sting in the tale of hunting and some adult content.

I wasn't so keen on this book. I felt the storyline was a bit disjointed and slow to get going. Thankfully there weren't too many African pronunciations to get wrong in this book, but I do wish he'd get someone to read them who can pronounce these words properly, or at least get the narrator to research the words better before doing the reading. It does so spoil the story for those of us who have lived in Africa, and who enjoy being taken back to those places. I would listen to more of Tony's books if it wasn't for that.