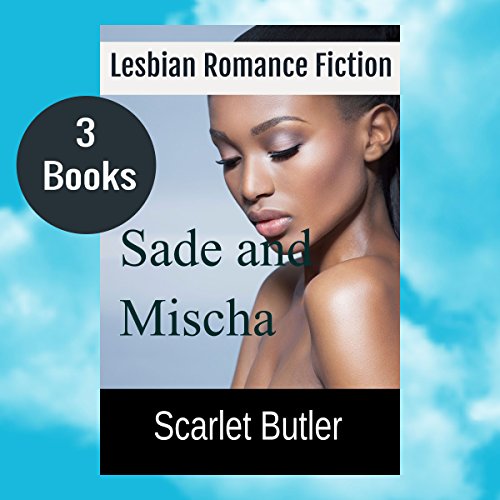 Sade shook her head, blushing. Though this was what she had hoped for, a part of her wanted to delay the moment. She wanted it to go on forever. A melancholy feeling spread throughout her entire body, knowing that once the sun rose in the morning, this would all be over. What then? Would they continue to see each other - or was this just a one night stand?

Her questions were premature, for Mischa got off the bed. Sade feared that she had ruined the moment between them, but her worries were unfounded.

Mischa peeled her top off before removing her jeans. A hot pink bra and panties clung on to her taut body, as she stood at the edge of the bed. Without waiting for Sade's request, Mischa then undid the clasp of her bra to release the most wonderful pair of breasts Sade had ever seen in her life. She stared as they bounced outwardly, released by its undergarment prison. Her thumbs tucked into each side of her panties, and pushed them down to reveal her pubic area - shaved to delightful smoothness.

Have you listened to any of Melissa Sternenberg’s other performances before? How does this one compare?

I have listened to her performances in other mediums but this is my first time I've heard her do an audiobookShe has an excellent voice for narration and did each part of the story extremely well, from describing life for a homosexual in South Africa and the violence and bigotry they face to the romantic/erotic scenes. I would love to her more stuff from her