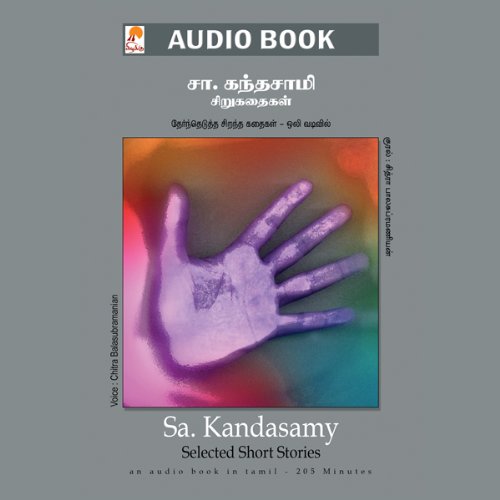 By: Sa. Kandasamy
Narrated by: Chitra Balasubramanian
Try for $0.00

An audiobook in the Tamil language.

The author Santhappa Devar Kandasamy, popularly known as Sa. Kandasamy, is a noted novelist, documentary filmmaker, director, and producer. He was one of the avant-garde young writers who experimented with Tamil fiction in offbeat directions in the 1960s.

Sa. Kandasamy has to his credit three novels and a few short-story collections, which are quite remarkable in themselves. The novel Sayavanam, which he penned at the age of 20, is regarded as an ecological novel with a solid sociological background. It is based on the rich natural environment of the Kaveri delta on the brink of a great change in the early decades of the 20th century. He won the Sahitya Akademi award, India's highest literary honour, in 1998, for his novel Visaranai Commission.

Short stories in this collection include: