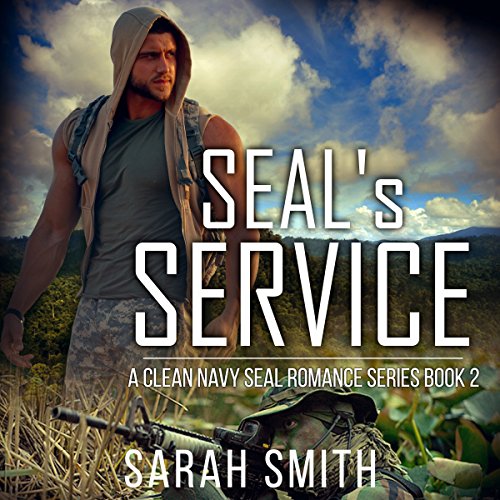 Brad Tucker was a Navy SEAL with an exemplary record but he rotated out after an extremely tough tour. Brad is reserved, shy and is very traditional when it comes to love. Ginger Hess is the sister of a fellow SEAL who died in the line of duty. When Brad meets her at the local pub Linking Hearts, she can feel his strength and commitment to duty as her brother. Brad's infatuation to Ginger is unmistakable but Ginger makes it clear that she is in a relationship. But when Brad finds out who the suitor is, he becomes suspicious as he is on the same tour as Ginger's brother. Could Brad and Ginger finds love?

What listeners say about SEAL's Service

Good but way to short

This was really a great plot. It needed to be a real long book which would have been great. The narrator did a good job as far as male voices went, but for female voices he was awful!

I would read more from this author. I hope she writes more in this series with longer stories, and a different narrator like Sebastian York.

Premise was great, male narration was great, but...needs a lot of help with terminology (both verbiage and consistency. Was confused at why Ginger was flirting so much while in a "committed" relationship. Also, why the need for her cussing out of nowhere and wanted to see the conversations during Dennis' reveal and her renewed stance with Brad. It was a nice build up for a few chapters and then culmination, resolution and done within moments.