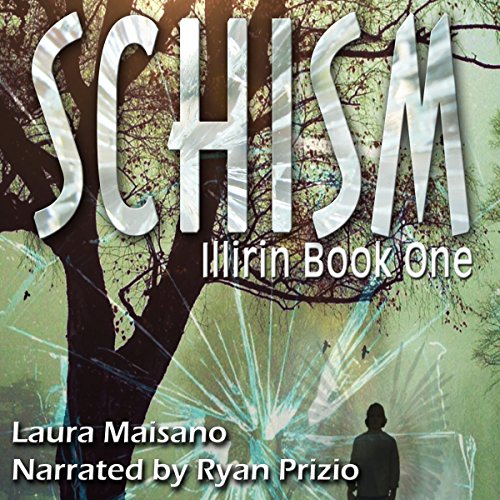 By: Laura Maisano
Narrated by: Ryan Prizio
Try for $0.00

Art therapy hasn't done squat for Gabe Jones. A thousand sketches of his fiancée can't bring his memory, or her, back to him. Nothing on Earth can. His past lies in another dimension, a world just out of sight.

Another student on campus, Lea Huckley, unknowingly shares Gabe's obsession with the fourth dimension. The monsters from the other side attacked her parents and fled, getting her folks locked up in the loony bin. Proving this other world exists is the only way to free them. Lea and Gabe strike a deal to help each other, and together they manage to open a door to the world of Gabe's true origin. She'd use him for proof - if she didn't already care too much.

While Gabe tries to reconcile his feelings for Lea and his rediscovered memories of his fiancée, a much more sinister plot unravels. He uncovers his history just in time to become the unwilling lynchpin in a conspiracy to start a war. His memory holds the secret to the final riddle the would-be conqueror needs to get the upper hand. Gabe must protect the riddle at all costs, even if that means leaving Earth, and Lea, behind forever.

What listeners say about SCHISM

What was one of the most memorable moments of SCHISM?

I enjoyed the characters and how unique they were. Gabe has lost his memory and Lea is just a little different. But the characters are fun to follow through out the story.

We are not alone

Where does SCHISM rank among all the audiobooks you’ve listened to so far?

It ranks pretty high, I enjoyed the story and the narrator did a good job. The author created a unique storyline that keeps your attention and broadens your thinking.

What was one of the most memorable moments of SCHISM?

I would have to say when they finally breached the other world. finding out that Gabe was "one of them" was a twist I was not prepared for.

Which character – as performed by Ryan Prizio – was your favorite?

I really liked Lea. She was determined to the point of obsession to make the world acknowledge her family was not insane. The fact she is a little on the strange side makes that harder to do.

It would be better to listen as one sitting or as close together as you can. It keeps you focused and you wont miss anything important then.

I liked that Lea was comfortable with herself. she really did not care what people thought even though it hurt her to take their abuse. She was a strong character that knew what she wanted and was not afraid to make it happen. A great story and I look forward to any others that may come in this series.

Yes I would because it was a really fun listen. The characters are well thought out and the world building was amazing!

I really liked how everything fell into place as they unravelled the mysteries surrounding Gabe and the "monsters" that tortured Lea's parents. There was never a dull moment or a lag in the storyline.

The scene where Lea and Gabe went to his world and she saw his true form.

The Secret World Awaits Beyond

This series must be listened to (or read) in order. This is the first book. I can't wait for the next one!


Gabe is lost. He has complete amnesia. All he knows is he was in a car crash that robbed him of both his fiancèe Heather and every memory of his past. He struggles constantly trying to remember anything. When he meets Lea he feels engaged in life for the first time since he can remember. What is this strange girl up to? Can she really help him get his memory back?


Lea is always searching and doing research to improve her experiments. She needs to find proof of the monsters so she can free her parents from the mental institution they are incarcerated in. Only she knows the truth. Her parents did not hurt each other... The monsters did. Gabe is the first person she has ever felt a connection to. The first person who didn't treat her like a freak. She has to help him... If only so he will continue to help her. Will they find a way in to the world of the monsters? Why does he believe her?


***This series is suitable for young adult through adult readers who enjoy new adult coming of age sci-fi fantasy action adventure mysteries with a dash of romance and tons of intrigue :)