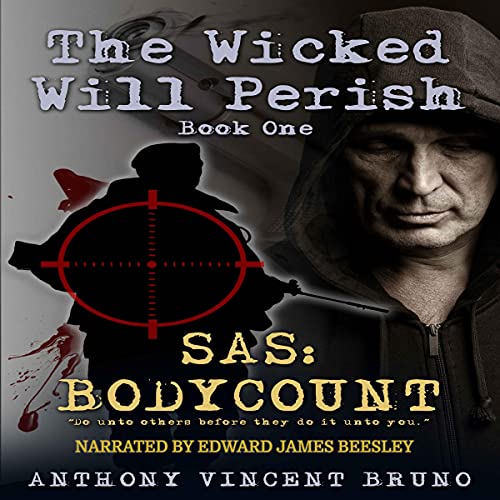 Do unto others before they do it to you.

Three disillusioned SAS Special Forces soldiers return to Britain in the aftermath of the 1991 Gulf conflict to discover an increasingly corrupt judiciary. Smirking miscreants walk free whilst the innocent suffer. Aided by a Scotland Yard informant, the trio embark on a brutal, covert crusade to rid Britain of its nefarious untouchables. Drug dealers, paedophiles, and various other lawbreakers are targeted as the morgues fill and the courts empty. Detective Inspector Jim Brannigan, a former military policeman, investigates, suspecting that the deaths are linked. Divided loyalties ensue when the paroled Jamaican drug dealer responsible for the death of Jim's wife evades the justice system but not the elite soldiers now operating as vigilantes.

If any of us, or our families, had suffered at the hands of terrorists, drug dealers or paedophiles - would we not demand justice? Especially if the offenders had walked free from court on a technicality. In the case of this book, and its sequel, justice is often lethal and barbaric, carried out by demobbed Special Forces soldiers. Not for the politically correct though even they might say that SAS: Body Count is wonderful and wishful thinking.

"Hollywood is certain to come knocking for this book." (Ray Hoy)

"Superbly written book that I just could not put down. The story kept me hooked from beginning to end. Looking forward to part two." (Kevin Paul Rich)