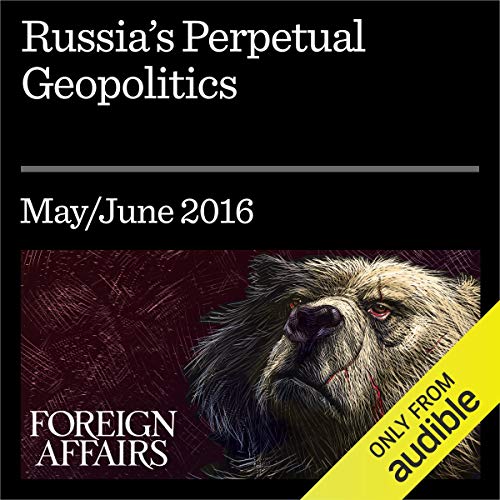 By: Stephen Kotkin
Narrated by: Kevin Stillwell
Free with a 30-day trial

For half a millennium, Russian foreign policy has been characterized by soaring ambitions that have exceeded the country’s capabilities. Beginning with the reign of Ivan the Terrible in the sixteenth century, Russia managed to expand at an average rate of 50 square miles per day for hundreds of years, eventually covering one-sixth of the earth’s landmass. By 1900, it was the world’s fourth or fifth-largest industrial power and the largest agricultural producer in Europe. But its per capita GDP reached only 20 percent of the United Kingdom’s and 40 percent of Germany’s. Imperial Russia’s average life span at birth was just 30 years - higher than British India’s (23) but the same as Qing China’s and far below the United Kingdom’s (52), Japan’s (51), and Germany’s (49). Russian literacy in the early twentieth century remained below 33 percent - lower than that of Great Britain in the eighteenth century. These comparisons were all well known by the Russian political establishment, because its members traveled to Europe frequently and measured their country against the world’s leaders (something that is true today, as well).

"Russia's Perpetual Geopolitics" is from the May/June 2016 issue of Foreign Affairs.