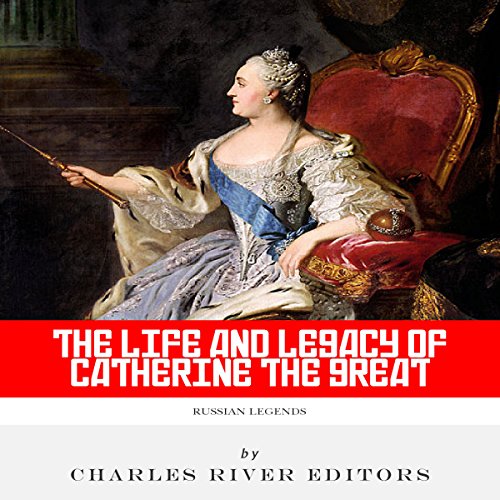 Russian Legends: The Life and Legacy of Catherine the Great

Russian Legends: The Life and Legacy of Catherine the Great

A lot of ink has been spilled covering the lives of history's most influential figures, but how much of the forest is lost for the trees? In Charles River Editors' Russian Legends series, listeners can get caught up to speed on the lives of Russia's most important men and women in the time it takes to finish a commute, while learning interesting facts long forgotten or never known.

In a story that sounds like it could have been a precursor to Cinderella, Catherine the Great was born into a family of minor nobility, but she managed to forge her own destiny through her own cunning use of diplomacy and intrigue, gradually gaining allies and power. By 1762, she was confident enough to conspire against her own husband Peter III, whose reign as Tsar lasted just six months before his arrest at the hands of his wife. Upon his arrest and death, Catherine took power as the regent for their son, Grand Duke Paul.

Despite the strong-arm tactics, Catherine came to power in the midst of the Enlightenment, which was flourishing in France and Britain, and she would rule as an Enlightened ruler. A known correspondent of Voltaire's, Catherine sought to modernize Russia and turn it into a force in its own right, creating a rich and cultured court at the same time.