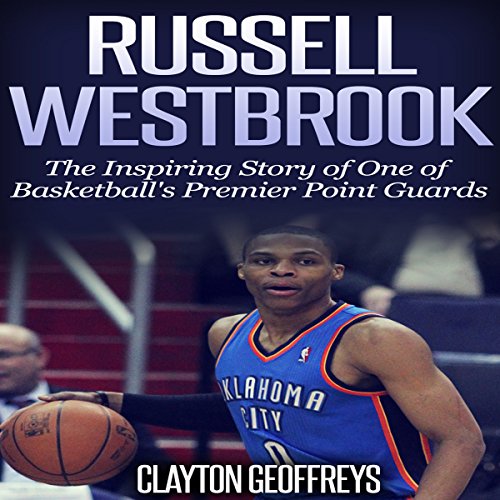 Russell Westbrook: The Inspiring Story of One of Basketball's Premier Point Guards

By: Clayton Geoffreys
Narrated by: Dave Wright
Try for $0.00

Learn the inspirational story of basketball's rising superstar point guard: Russell Westbrook. Russell Westbrook's ascent into the top 10 point guards in the NBA amongst the likes of Chris Paul, Steve Nash, and Rajan Rondo has definitely been a surprise. From once struggling to make his high school varsity team (he did not make it until his junior year) to spending his freshman year at UCLA as a benchwarmer, few would have predicted that Russell Westbrook would be selected as the fourth overall pick in the 2008 NBA Draft. The rest is history as the Oklahoma City Thunder continue their quest for a championship.

Russell Westbrook is easily one of the most exciting point guards to play the game of basketball. From flashy crossovers to high-flying dunks, Russell Westbrook has a bright basketball career ahead of him. It will be exciting to see how Westbrook and the Thunder do in this year's 2013-2014 NBA playoffs.

Here is a preview of the contents of this audiobook:

What listeners say about Russell Westbrook: The Inspiring Story of One of Basketball's Premier Point Guards

I bought it because my 10 year-old-boy is a fan of Westbrook. However the recording made him disappointed as it doesn't follow the book especially in Chapter 4.This made him lost interested in the book.I am disappointed too!