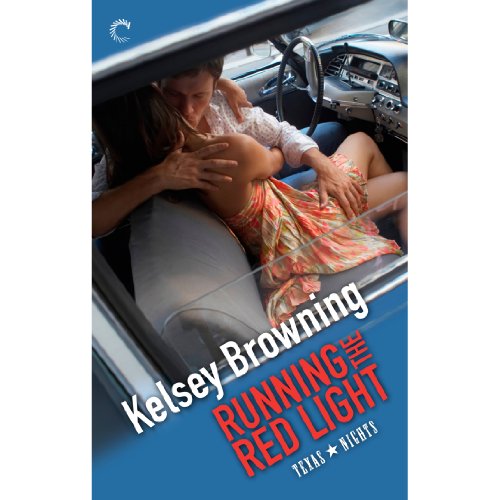 By: Kelsey Browning
Narrated by: Ellory James
Try for $0.00

After wearing a Least Likely to Succeed label all her life, Roxanne Eberly is hell-bent on making her Red Light Lingerie store successful. Although the residents of small-town Shelbyville, Texas, are a little...lingerie-resistant, she'll win them over eventually. So when a former employer sues her, putting a major wrinkle in her careful plans, she reluctantly accepts help from hot-stuff Houston attorney Jamie Wright.

Jamie's on track to become his firm's youngest partner, but discovers an unwritten prerequisite - marriage. Turns out, the only woman he wants is Roxanne, but peddling thongs and sex toys isn't a suitable career for the spouse of an up-and-coming attorney.

Jamie's tangled up in Roxanne's lawsuit, her life, and her lingerie. But if they're ever going to make it work, Roxanne's big-city boy will have to decide what he values more: the career he always thought he wanted or the woman he never thought he'd fall for.

What listeners say about Running the Red Light

Running the Red Light by Kelsey Browning is the second book in her Texas Nights series, and is the follow-up to Personal Assets. Running the Red Light tells Jamie & Roxanne's story. Roxanne is making a life for herself in the little town of Shelbyville running her lingerie business. When a former employer sues her, putting a major wrinkle in her careful plans, she reluctantly accepts help from hot-stuff Houston attorney Jamie Wright. Jamie is a silent partner in Roxanne and Allie's separate businesses and when legal issues strike, Jamie can't help but assist Roxanne. Along the way, their attraction to each other takes off and we get their story in this book. I caught myself laughing out loud a time or two, there are a couple of really good cat fights, lots of steamy sex, a few hurt feelings, a few scrapes and bruises, second chances for love, family dramas, and a whole lot of good old fashioned soul searching that will bring about some life altering changes for some. This was a wonderful well rounded novel that would appeal to lovers of contemporary romance and chick lit.

I was really surprised how good it was.

Would you consider the audio edition of Running the Red Light to be better than the print version?

I usually prefer audible books over kindle or print books. I can accomplish so much more in my day by wearing my earbuds and listening on my phone or iPad, or iPod.

What other book might you compare Running the Red Light to and why?

There are several, the days of the week series by Catherine Bybee, the with me in Seattle series by Kristen Proby. The Danvers series by Sydney Landon. All these books have the element of friendship, laughter, group characters with fun interaction. Those series are angst light. A little bit of drama to the characters past but nothing too traumatizing. And of course the eventual HEA.

Have you listened to any of Ellory James’s other performances before? How does this one compare?

No I have not, her performance was ok

Yes, actually I believe I did it in one work shift.

The reason I was surprised by this book was that I found out it was a Harlequin. Most Harlequins tend to be chick lite. This was a little racier with out being over the top but yet not PG.