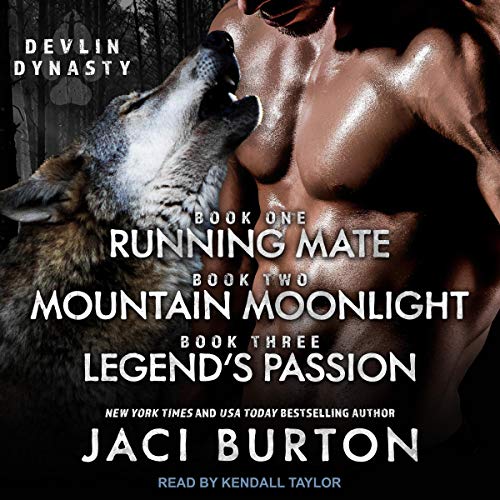 Running Mate: Senator Jason Devlin guards his secret closely, allowing no outsiders to penetrate his intimate circle. Kelsey Harper is a reporter itching for an interview with the elusive senator. When a case of mistaken identity lands her in his bed, she gets much more than an interview.

Mountain Moonlight: Conner Devlin has traveled to the Romania to review a request for funding of a wildlife preserve. There, he meets Katya, an enigmatic beauty whose lupine sexuality captures him in more ways than one.

Legend's Passion: Dylan Maxwell - code named Legend - an agent for the National Crime Agency, has orders to take down a serial killer tearing apart his victims like a wild animal. He's to meet his informant in the park, but he doesn't expect someone like Chantal Devlin - a hot, sultry and sexy woman with a bold proposition. Intrigued, he follows her, only to uncover one very life-changing secret in the dark fog.