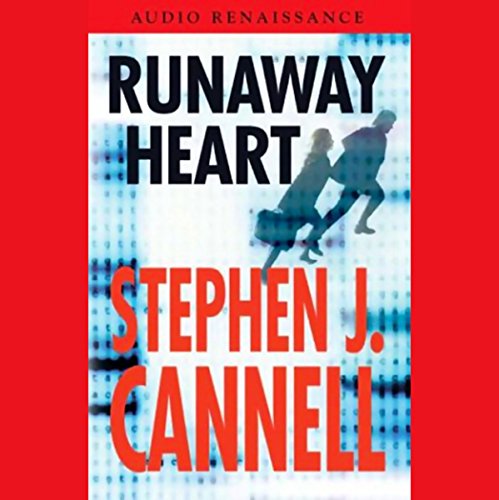 By: Stephen J. Cannell
Narrated by: Tony Plana
Try for $0.00

What if the military's foot soldiers were not our sons and daughters, but genetically engineered animals programmed to kill, with superhuman strength and speed and just enough intelligence to follow orders blindly? This is exactly the weapon that a top-secret government agency is developing in the desert.

Attorney Herman Strockmire, a rumpled man with a very big but defective heart, is a champion of lost legal causes who becomes involved when his employee is literally torn limb from limb by one of the creatures. At great personal risk, Herman, his beautiful daughter and law partner, Susan, and ex-LAPD detective Jack Wirta, plunge headlong into harm's way, finding themselves in a nightmare beyond anyone's wildest imagination.

What listeners say about Runaway Heart

lots of intrigue - very entertaining - a must listen

Cannell tells an entertaining, quirky, funny mystery story. His characters are fun. He definitely keeps your interest! What happens to Pan? His inclusion of "names" such as Streisand, Ted Dansen, Donald Trump, etc. lend additional interest. We couldn't listen to it fast enough. It has it all from mystery to romance, from the courtroom to the field and action.
He also includes some characters from a previous book but the story is not dependent upon them for the interest. If I had been reading instead of listening, I probably would have lost lots of sleep because I wanted to know what came next.