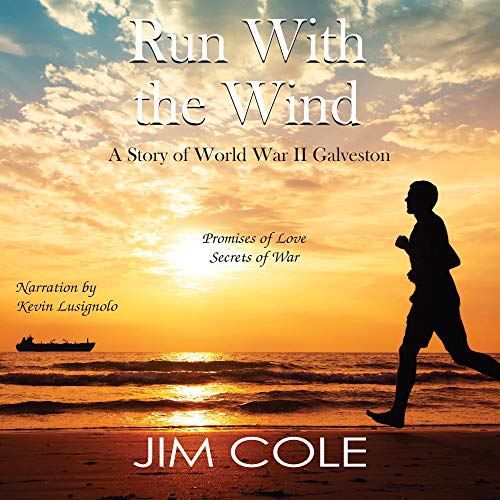 Run with the Wind

By: Jim Cole
Narrated by: Kevin Lusignolo
Try for $0.00

A Jewish widow and a mysterious stranger help her son Benjamin overcome polio, while refugees from Nazi death camps find safety, and spies threaten Galveston. As clouds of war gather, a man crashes his car into Sarah’s front yard and dies in her front yard. Almost at once, the young widow finds her life full of danger following that day. Sarah will learn that her crippled son has a secret - one that he believes must never be revealed.

A mysterious stranger, who becomes a romantic interest for the poverty-stricken widow, has an odd friendship with her great uncle Levi, a Galveston pioneer and family patriarch. And this stranger has a secret that could threaten the foundations of a government.

As the world descends into armed conflict and German submarines lurk in the Gulf of Mexico, Sarah, assistant manager of the organization that schedules Galveston shipping, finds herself the target for saboteurs and spies.

All this time, Sarah, too, has a secret. She knows the strength and true grit of her son’s character and longs for the day when he will put aside his braces and crutches, realize his dream, and go to the beach where he will run with the wind.

What listeners say about Run with the Wind