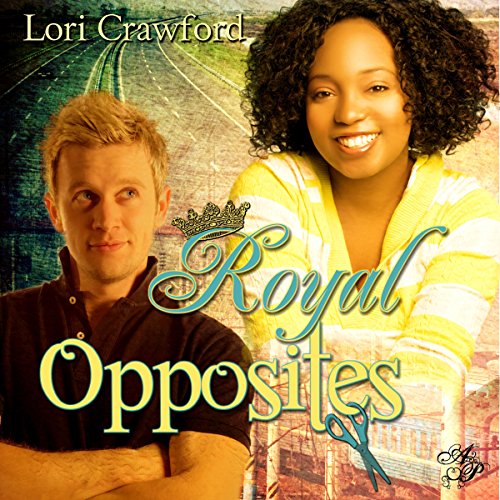 By: Lori Crawford
Narrated by: Rachael West
Try for $0.00

What can a coupon queen possibly have in common with a Crown Prince? Everything.

After being accused of attempting to rob a bank that was actually trying to rob them - legally - a coupon queen goes on the run with a Crown Prince who'd been living in the U.S. anonymously for the past year. Armed with only her coupon binder, the two flee the area in an effort to meet up with his royal head of security for protection. But first, they must elude the two very determined bank guards who will let nothing stop them from retrieving the damning video of the bank incident from the couple.

What listeners say about Royal Opposites

What I get for judging a book by it's cover.

I went into the novel expecting a quirky bwwm love story and I received a regular degular quirky love story. Admittedly, I have only listened to the audiobook once but I missed any description of the main character Joan as being a bw. Now that is out of the way, it was a cute, insane story that went all over the place. The ending....is an ending. Overall, it was literally a solid 2ish star ok book that if you're bored enough will get the job done.

I didn't want this to end at all. The thrill and romantic ride had me captivated the whole time and now I want to know what happens next! I don't even enjoy romance but this was more than a love story. I hope there's a part 2!
This is my first Audible book and I realize that I can still love books while going through my day. The narrator was great! I hope to find more books from this author and narrator. I will recommend this to my book loving friends.

This was short and sweet romance. Nothing too dramatic or drawn out but a nice way to take a quick break.

Reminds me of those Love Swept romance novels I use to read.

Loved this easy going and humorous story. I Will listen to it several times over