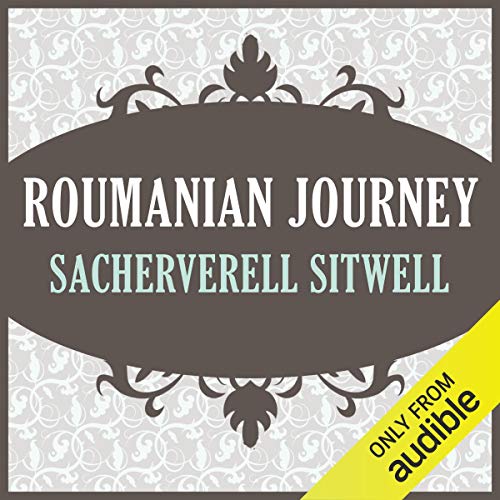 "At the first mention of going to Roumania, a great many people, as I did myself, would take down their atlas and open the map. For Roumania, there can be no question, is among the lesser known lands of Europe."

So begins Sir Sacheverell Sitwell's account of his Roumanian journey, made in the 1930s, when Bucharest was still eight days overland from London.

His four-week trip brings him into contact with longhaired gypsies at country fairs as well as the aristocracy in their medieval castles. The natural richness and variety of the landscape - from Transylvania to the Wallachian plains, the Carpathian peaks to the Danube Delta - delight him, as does the diversity of humanity he encounters, while his deep knowledge of European art and architecture makes him the ideal guide to the paintings, frescos, and buildings of Roumania.

It is impossible, of course, to read of Roumania in the 1930s without thinking of what lay ahead for that country, but the abiding impression left by the book is of the freshness of Sitwell's perceptions and his unquenchable curiosity in everything he saw.

About the Author: The youngest child of Sir George Reresby Sitwell, Sachverell Sitwell (1897-1988) was born in Scarborough, Yorkshire and brought up in Derbyshire; he was educated at Eton College and Balliol College, Oxford. In World War I he served from 1916 in the British Army, in the Grenadier Guards. After the war he went to Balliol but did not complete a degree; and was heavily involved in Osbert and Edith's projects. In 1925 he married a Canadian, Georgia Doble.

Most of this book is a fairly evocative description of pre-war Romania, tough to read in hindsight knowing that a decade later the places he visited were (largely) reduced to wasteland. Still, that's true of continental settings of the period. I was struck how Sitwell freely refers to poor agricultural workers as "peasants"; would he object to poor, rural Englishmen being called that? Hmmm ... I wonder ...

During the travels, he has rather ... uncharitable things to say about the Jewish "masses" he observes, but those can be (grudgingly) chalked up as ignorant, Victorian-era generalizations, the occasional nasty, noisome belch. However, the last section focuses on what he calls the "Jewish question" - what to "do" about the millions of Hasidim in Eastern Europe? He suggests relocating these unproductive, backward folks to somewhere remote, such as Madagascar or South America. Although never coming close to a "final" solution, I was left wondering how much he regretted the one that was implemented?